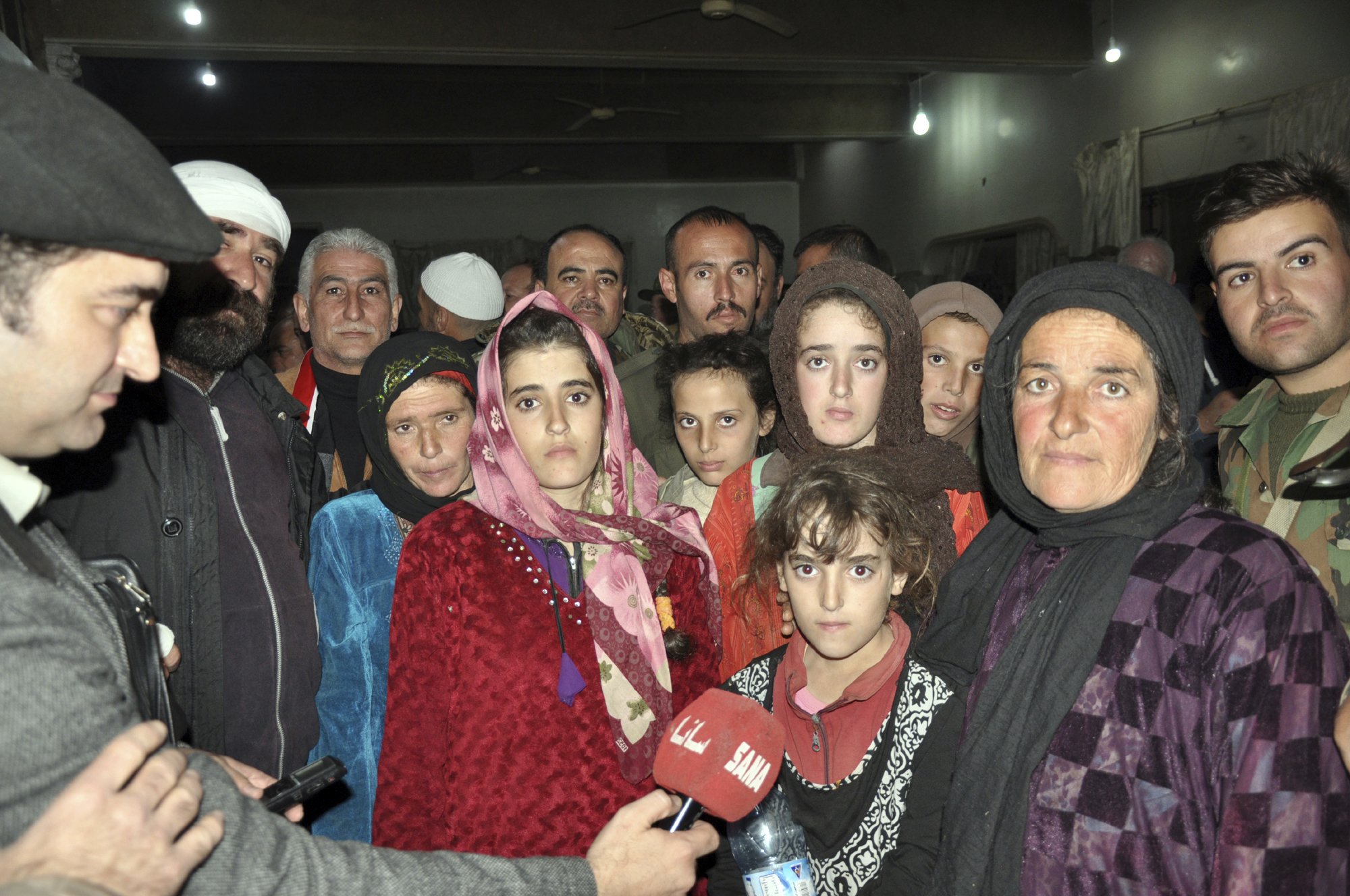 A Syrian woman captured by Islamic State militants said her 8-year-old son died in her lap when the extremists shot him and his cousin during a military operation to liberate them more than 100 days after they were kidnapped.

Najwa Abu Ammar was kidnapped with her two sons and daughter and nearly two dozen others in July from southern Sweida province in a bloody attack on their villages in which the militants killed over 200 people.

When a military operation began to liberate them Thursday, the children panicked during the gunfire, she said. Her son Rafaat and his 13-year-old cousin Qusay ran and the militants fired at them.

“We were in the open air at the bottom of a valley as the clashes raged between the army and gunmen,” she said. “When my son tried to run away, they (IS militants) shot him. He was in my lap when he died.”

″I am very very sad,” she told The Associated Press in a telephone interview through a cracking line from her remote village of Shbiki. “I am tired.”

Abu Ammar said their captors held the group in different hideouts, including a camp and a cave, and once kept them in a moving car for over 12 hours, not knowing where they were headed.

The militants fed them sporadically and beat and insulted the children. They didn’t torture them, Abu Ammar said, but started threatening to kill them as time passed.

At least two women and one man died in captivity, including a woman who was shot by the extremists to pressure authorities in negotiations for the captives’ release.

“Sometimes they fed us once every two days and other times twice every day,” Abu Ammar said, adding that it was mostly just olive oil, thyme and jam.

“They held us first in a camp then a cave and kept moving us from one place to the other,” she said.

Abu Ammar said she didn’t know about the killed hostages until they were liberated.

Six other hostages, two women and four children, had been freed in an exchange with the government in October. Negotiations were expected to free the remaining hostages but talks failed and Syrian troops launched a broad offensive against IS in southern Syria.

The rare attacks in the province populated mainly by minority Druze included several suicide bombings. The violence on July 25 devastated the community and shattered the region’s calm. At least 216 people were killed and the militants walked away with the captives.

Yazidi mothers of children by IS face heartbreaking choices