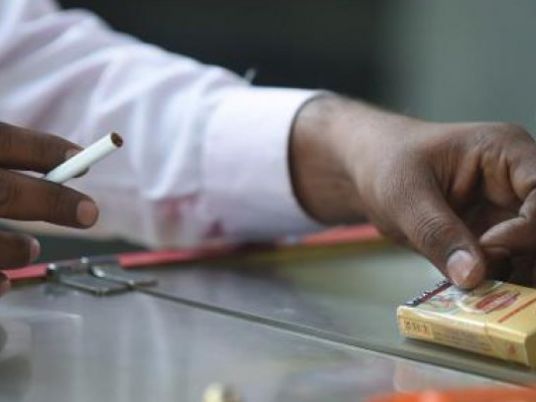 The leadership of a World Health Organization (WHO) treaty aimed at controlling tobacco could be about to get tougher with the global tobacco industry.

Delegates at a conference next week on controlling tobacco with ties to the business could be refused credentials and ejected, according to an internal document seen by Reuters.

The proposal, if adopted by the full Framework Convention on Tobacco Control (FCTC) at the conference in India, could affect delegates sent by countries like China and Vietnam, where governments own cigarette companies or promote tobacco growing and have in the past sent representatives linked to the industry.

Any such members of the 180 delegations at the Nov. 7-12 conference near New Delhi "would be requested to leave the premises", according to the Oct. 17 "note verbale", an official diplomatic communication, from the WHO FCTC secretariat on behalf of the treaty's leadership group to its parties.

At the last WHO FCTC conference, in Moscow in 2014, China's 18-person delegation had four members from the "State Tobacco Monopoly Administration".

At the 2012 conference, in Seoul, two of eight Vietnamese delegates were from the "Vietnam Tobacco Association".

When asked about the letter, a Vietnamese government official who declined to be identified told Reuters there would be no industry representatives in their delegation.

China's Ministry of Commerce did not immediately respond to a request for comment.

The proposed restriction highlights a growing battle between the industry and backers of the treaty, which went into effect in 2005 to guide national laws and policies in an effort to curb tobacco use, which kills an estimated 6 million people a year worldwide.

The global tobacco industry is estimated to be worth nearly $800 billion this year.

The International Tobacco Growers Association, a nonprofit group partly funded by big international cigarette companies, said the proposal was "beyond the wildest imagination".

António Abrunhosa, chief executive of the group and a Portuguese tobacco grower, said in an email to Reuters that such a step was "unthinkable for a United Nations agency".

"The tobacco industry has really forced parties and the secretariat into a corner," he said in an interview.

"This is a bold good-government action to ensure that the treaty space, the place where public health policies will save millions of lives, is free of tobacco industry intimidation."

Issues for debate at the conference include alternative livelihoods for tobacco farmers, e-cigarette regulation and trade and investment issues.

The secretariat earlier wrote to the treaty's party nations asking them to exclude people with tobacco interests from their delegations.

In the latest note, the secretariat said it then turned to a FCTC leadership group for guidance after receiving a number of nominations from countries that ignored the suggestion.