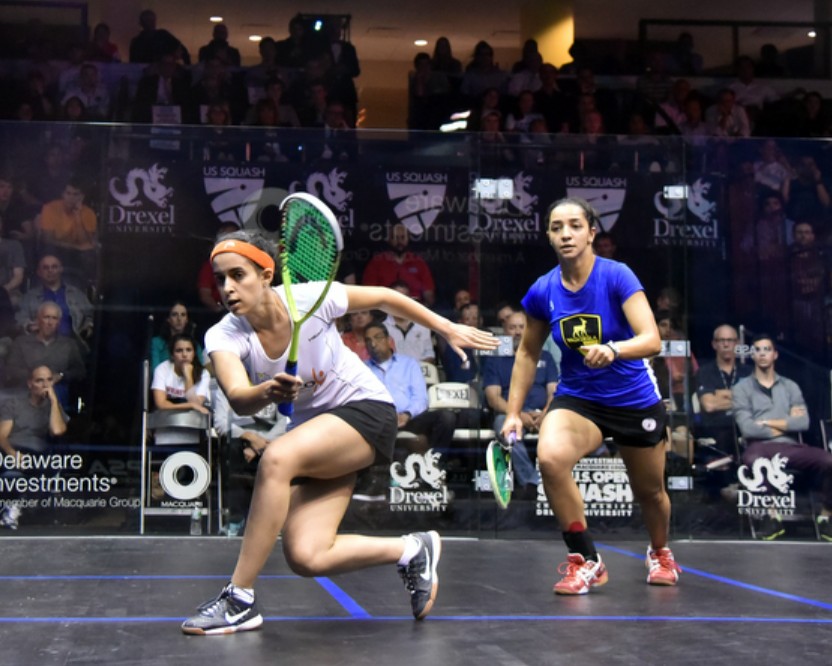 The quarter-finals will now include: Raneem El-Weleily and Nour El-Tayeb in the women’s tournament, Ramy Ashour and Ali Farag in the men’s.

As for El-Tayeb, she reached the quarter finals at the expense of US national Amanda Sobhy, who she beat three-nil in 24 minutes.

This is not the first time the two top tier players will compete for a title. In 2014, El-Welily and El-Tayeb competed for the Malaysian Open title. El-Welily prevailed over El-Tayeb in that match.

As for the men, three time J.P. Morgan Champion Ashour defeated fellow Egyptian Mazen Hesham on his way to the title.  Ashour had won the 2011, 2013 and the 2017 J.P Morgan titles. 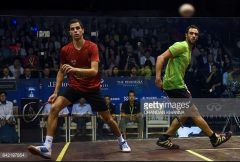 As for Farag, he made it into the quarter finals of this tournament after his fifth win in a row against former world number four Angel Rodrigues.

Now the clash is bound to happen as the two Egyptians are destined to face each other in the quarter finals, according to the PSA official website.

Mohamed ElShorbagy and Raneem El-Weleily: The new king and queen of the PSA World Squash Championship