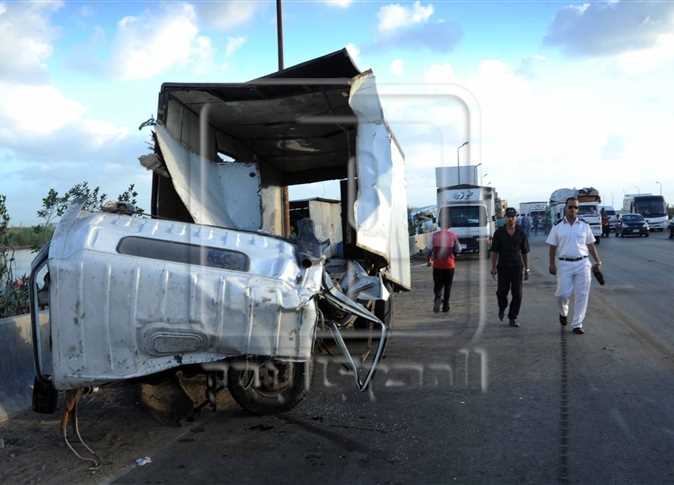 The death toll of a collision between two buses on Katameya-Ain Sokhna highway rose to five, Friday morning, and 62 injuries.

The driver of the tourist bus was arrested by the police, as initial investigations and reports of eyewitnesses showed that he deviated from the bus lane, colliding with the other bus driving the opposite direction. Suez top prosecutor, Ahmed Ezz, began an investigation into the incident.

Four people were killed and 44 injured, according to an initial count, in a collision between two buses on Katameya-Ain Sokhna highway.

Undersecretary of the Ministry of Health in Suez, Mohamed Ghazal, was notified, from the ambulance facility in the governorate, of a collision between two buses, one of which was carrying workers, three kilometers ahead of Katameya-Sokhna highway’s ticket station.

Injuries varied between sporadic wounds, fractures, bruises, abrasions and one brain hemorrhage. Six of the more serious cases were transferred to Cairo hospitals.

Alexandria collision train drivers to be detained for 15 days