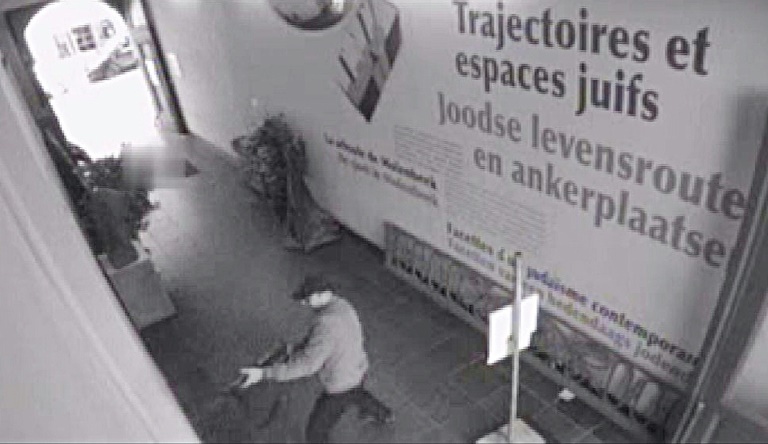 A French jihadist appeared in court on Monday ahead of his trial for shooting dead four people at a Jewish museum in Brussels in 2014 following his return from Syria.

Mehdi Nemmouche, accused of being the first battle-hardened jihadist to stage a terror attack on European soil, faces a life sentence if convicted over the killing spree in the Belgian capital on May 24, 2014.

Both Nemmouche, 33, and Nacer Bendrer, a fellow Frenchman aged 30 who allegedly supplied the weapons, deny charges of “terrorist murder”.

Nemmouche, wearing a blue sweater, spoke only to confirm his identity as the hearing began at 10:30 am (0930 GMT).

“Nemmouche, Mehdi, 33 years old, unemployed,” he told the criminal court in Brussels, which is expected to spend Monday selecting the 12-member jury ahead of the start of the full trial on Thursday.

More than 100 witnesses are due to testify at the trial, which will be attended by the victims’ families and Jewish community leaders, who have denounced the anti-Semitic nature of the attack.

And more than 300 Belgian and foreign journalists have registered to cover the proceedings which could last until the end of February.

The deadly attack, which lasted only 82 seconds, shocked Belgium and the world.

Firing a pistol and then an assault rifle, the gunman killed two Israeli tourists, a French volunteer and a Belgian receptionist at the Jewish Museum.

Nemmouche — born to a family of Algerian origin in the northern French town of Roubaix — was arrested six days after the attack.

He was caught in the southern French port city of Marseille after arriving on a bus from Brussels, carrying a handgun and an assault rifle.

Before the attack, Nemmouche is said to have fought in Syria as part of a jihadist faction and is also accused of acting as a jailer of kidnapped French journalists.

Investigators say he was in Syria from 2013 to 2014, where he met Najim Laachraoui, a member of the gang which went on to carry out suicide bombings in Brussels that killed 32 people in March 2016.

That same Brussels cell is also alleged to have coordinated and sent jihadists to carry out the Paris massacre of November 13, 2015, in which 130 people were killed and hundreds more wounded.

Both attacks were claimed by the Islamic State (IS) group, whose activities in Syria and Iraq lured thousands of jihadists from Europe.

Nemmouche and Bendrer, investigators say, met nearly a decade ago while in prison in southern France, where they were both described as “radicalized” inmates who tried to win others over.

Bendrer was arrested in Marseille seven months after the Jewish Museum attack and charged as Nemmouche’s accomplice.

Although he was jailed for five years in September by a French court for attempted extortion, he was transferred to Belgium for the trial.

Nemmouche is expected to face a separate trial in France for holding French journalists hostage in Syria.

The former hostages are expected to testify about Nemmouche’s character during the Brussels trial, despite the defence arguing that theirs is a separate case.

Nemmouche is said to have voiced admiration for Mohamed Merah, who murdered a Jewish father, his two children and an eight-year-old girl in 2012 in the southern French city of Toulouse.

The defence team, Benizri added, may even try to “twist” the facts by repeating “totally far-fetched” claims that Israel’s intelligence service Mossad staged the attack.

“We don’t want Mehdi Nemmouche to become a star. He is a terrorist,” said Benizri, who heads the Belgian Federation of Jewish Organizations.

Courtoy himself suggested Israeli agents could be behind the attack when he spoke at a pre-trial hearing on December 20.

“There was the same kind of talk in conspiracy and anti-Semitic circles after the September 11 attacks in the United States,” Benizri warned.

They survived the Holocaust. Must they go back into hiding?