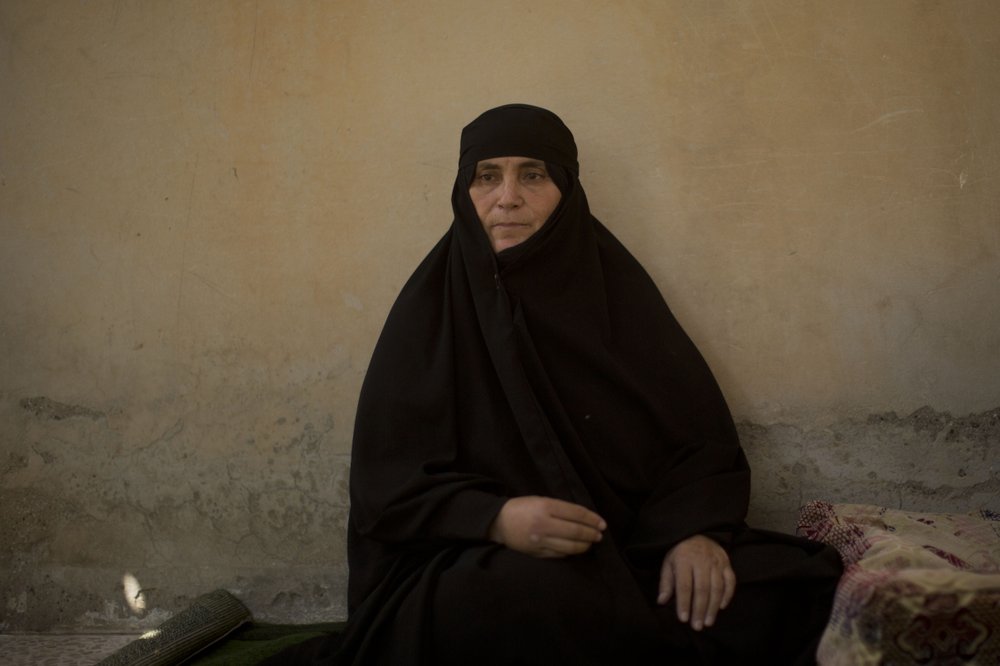 RAQQA, Syria (AP) — After two years on the run with the Islamic State group, Um Mahmoud just wanted to return home. When she finally made it to Raqqa with her daughters and grandchildren, she found her home partially burned but livable. She also found a hostile city reluctant to take her back.

The 53-year-old seamstress had returned from al-Hol camp, where 73,000 people, most of them families of IS militants, have been kept since the territorial defeat of the group in March.

But there is little trust in the returnees in Raqqa, which IS ruled with a brutal hand for years and which suffered massive devastation in the fight to drive it out. Um Mahmoud’s neighbors and relatives in Raqqa have shunned her.

“No one asks about us,” said the mother of six. “Relatives are … afraid of us.”

Her return, in June, is part of an experiment by the US-backed Kurdish-led administration that runs northeastern Syria — an attempt to bring reconciliation to Raqqa after the upheaval that tore apart its social fabric.

City administrators have allowed the return of nearly 700 families from al-Hol. The camp includes some 30,000 Syrians, mostly women and children, along with tens of thousands of Iraqis and hundreds of foreigners. Most of those foreigners’ home countries have refused to take them back.

The administration here argues it’s better to bring the families back into the fold rather than leave them stewing in radicalism. The return is coordinated with Arab tribal sheikhs, who vouch for the returnees, acting as guarantors they will not cause trouble. Thousands more Syrians in the camp have applied to return.

The results of the experiment are still uncertain, Um Mahmoud’s case makes clear. She and her family spoke on condition they not be identified by their full names because of the stigma they face. Um Mahmoud means mother of Mahmoud in Arabic, a common way of addressing women in the Arab and Muslim world that uses the name of their firstborn son.

She and her family fled Raqqa in the summer of 2017 when IS ordered their neighborhood evacuated in the face of advances by the US-backed forces and coalition airstrikes. They moved with the retreating militants from town to town over the following months, until the group’s final showdown in the eastern village of Baghouz. Two of her sons and a son-in-law were killed while fighting or working for IS.

She emerged from Baghouz and was sent to al-Hol along with her three daughters and three grandchildren. Her husband, father, her surviving 14-year-old son and a son-in-law are in detention with the Kurdish-led forces. The son-in-law was sentenced to a year in prison for membership in IS, though it was determined he didn’t fight.

Without her male relatives, Um Mahmoud returned to a Raqqa that is trying to move on.

Streets that were once unidentifiable under piles of debris have been cleared, and municipality workers are keeping them clean.

Many tall buildings in the skyline are still bombed-out skeletons, but residents have moved in, rebuilding apartments or opening shops. New restaurants have sprung up, some along the banks of the river running across the city. Billboards rise over busy streets. One advertised a new wedding planning business that commissions singers, banned under IS. Vegetables from nearby farms color street stands. Public parks brim with children and their families.

Officials say more than 800,000 people have returned to the city and its suburbs, nearly eight times the number who were still left in the city when IS was finally expelled in October 2017.

Local officials said they restored 18 of 24 water pumping stations damaged by fighting. More than 300 schools, out of 800, now operate with tens of thousands of students. The US-led coalition has trained more than 7,500 men and women for Raqqa’s internal security forces and refurbished 20 bridges destroyed in the fighting.

A US State Department official, speaking on condition of anonymity to brief reporters, said “very targeted” spending has been going into newly liberated areas to ensure that IS doesn’t return. Washington, which last year froze its own planned funding for stabilization in northeast Syria, has raised more than $325 million from other nations for recovery operations.

The official, however, acknowledged that the “mission is not complete.”

IS retreated to desert areas and melted in among the population. It’s now waging a counterinsurgency, targeting local officials and security checkpoints. At least six attacks were recorded in Raqqa alone in August, compared to none the month before, according to the Rojava Information Center.

Osama, who runs a shop selling phone credit in Raqqa, said Kurdish-led authorities are too lenient on IS supporters in court and shouldn’t allow them back.

“Who can guarantee they don’t return to their old ways?” he said.

He refused to share his last name out of fear for his security. During their rule, IS militants threatened to cut his tongue for his vocal criticism. His shop is on al-Naim Square, which became notorious for beheadings, shootings and other public punishments the group carried out there. Now it has been renamed Freedom Square.

“If France and Germany refuse to take their own nationals, it must be for a good reason. Why should we take ours?” he said.

Women and children in al-Hol camp are steeped in radical ideology, he said, feeding more radicalism unless they are removed.

“If there is no security, the return of the people of Raqqa will ensure it is restored,” al-Shalsh said.

He extolled the benefits of tribal restorative justice. If someone is killed, tribal sheikhs get together to find a resolution. “We are a tribal Muslim society first and foremost. Our nature is to forgive … We are a family.”

Um Mahmoud scrapes out a living selling second-hand clothes in the market. She sold her gold bracelets to start up the business.

Unlike most in the city, she and her daughters still follow the women’s dress imposed by IS, covering not only their faces with a veil but also their eyes and hands. “The State is gone, but we are still implementing God’s laws,” she said, defending the choice.

She is stunned by how her neighbors have ostracized her.

“Look at this! They have electricity and we don’t. This one and that one,” she said pointing at her neighbors’ houses. “They don’t feel for us. We are women sitting in the dark alone and they have 24 hours a day electricity. Is this what you call freedom?”

Since electricity has not been fully restored, residents rely on generators for power and traditionally share among themselves. Um Mahmoud’s neighbors refused to share with her.

Um Mahmoud admitted her sons and sons-in-law fought for or were members of IS, but she said her family never hurt the neighbors. She accused them of trying to curry favor with the new authorities.

Her family also said they encountered problems with city officials, despite promises of reintegration.

When her daughter, Somaiya, asked to visit her imprisoned husband, authorities requested proof of marriage. But the local official refused to issue her the document, declaring her an IS supporter. Somaiya went three times, once removing her face veil to avoid the IS label, to no avail. This means she also can’t enroll her son in school.

A senior Kurdish official, not familiar with this specific case, denied new returnees are refused documents and said the reason must be procedural. The whole point is reintegration, the official said, speaking on condition of anonymity.

Once her husband is released from prison, Somaiya wants to move to a new neighborhood where no one recognizes them.

For Um Mahmoud, life would change if her husband, father and son return. She said they never carried weapons and should be allowed back. To prove she wants to fit in, she said her son will join the new Kurdish-led forces once he returns.

For now, she doesn’t know where they are.

“Not a night passes without thinking about them. If we can only learn their news, whether they are well or if they are dead,” she said.

“We are patiently waiting until God resolves it and we return to our normal life.”

Image: In this Saturday, Sept. 7, 2019, photo, Um Mahmoud recalls her experience returning to Raqqa, Syria, during an interview in the courtyard of her home. After two years on the run with the Islamic State group, Um Mahmoud was ready to return home. In June, she finally made it back to Raqqa with her three daughters and three grandchildren — finding an empty, partially burned house and a hostile city. (AP Photo/Maya Alleruzzo)

After IS fall, some women who joined plead to come home

A 'tragic life' for the displaced in Syria's Al-Hol camp