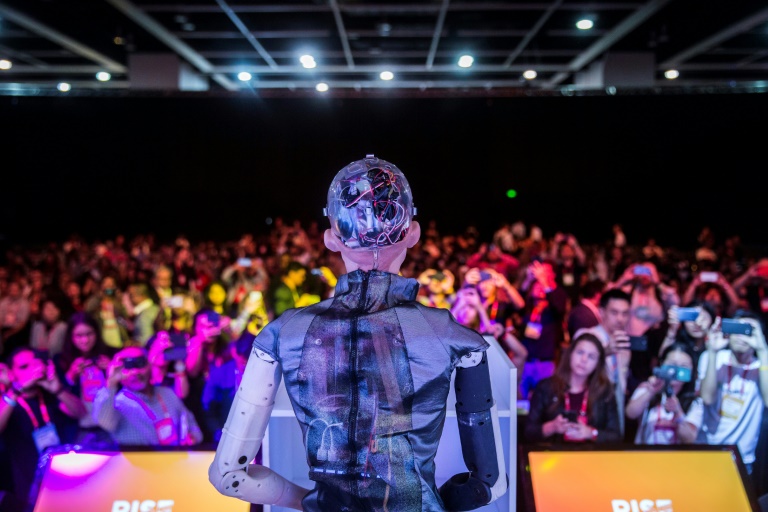 “SAP designed these guiding principles to steer the development and deployment of our AI software to help the world run better and improve people’s lives,” the firm said in a statement.

A group including engineers, theologians, political scientists and bio-ethicists put together a list of seven guidelines, ranging from respect for United Nations human rights principles to data protection.

Following in the footsteps of better-known US tech giants like Google and Microsoft, SAP — which makes software for some 400,000 firms worldwide to manage data on customer relationships, payrolls or inventory — is wrestling with how to impose values on AI’s systems of algorithms designed to ape certain aspects of human intelligence.

Public figures like entrepreneur Elon Musk or physicist Stephen Hawking have warned of the dangers of out-of-control AI.

“The danger of AI is much greater than the danger of nuclear warheads by a lot,” Musk said at a technology conference earlier this year.

But rather than a scenario like those depicted in modern classics like “The Terminator” or “The Matrix” of computer programmes running amok over their human creators, SAP’s concerns are closer to home.

And one item on the list specifically warns of “a risk of causing discrimination or of unjustly impacting underrepresented groups” if AI inherits biases from human programmers — a danger SAP hope to avert with more diverse development teams as well as “technical methods”.

Meanwhile it is the potential effect on jobs that is driving many warnings about the technology.

In an interview published on the SAP website, chief financial officer Luka Mucic acknowledged that some people’s jobs would disappear as machines take on more work.

Nevertheless, “the changes brought by AI will most likely take shape just as other major technological developments throughout history, where new types of jobs were created” to replace lost ones, he added.

“Our answer to the challenges of AI is critical intelligence,” said the union’s co-president Christiane Benner in a statement, calling for firms to consult early with employee representatives before implementing the technology.

Not to be outdone by business and workers, Germany’s federal government this month convened a “Data Ethics Commission” of its own, with ethical principles for AI among a range of fields it must pronounce on within a year.

Machines will do more tasks than humans by 2025: WEF

AI to seep further into everyday life at Berlin's IFA