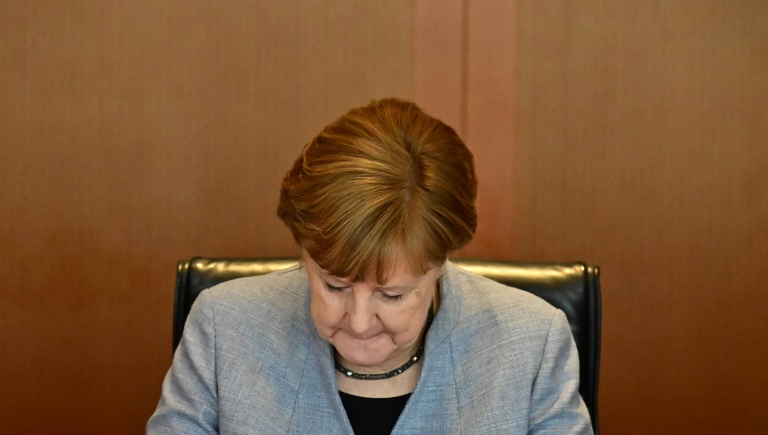 The ban has faced opposition from within the German government and the EU, but has the support of rights groups.

“The order to halt authorized weapons exports to Saudi Arabia is extended by six months from March 31 to September 30, 2019,” government spokesman Steffen Seibert said in a statement.

Berlin reacted to Khashoggi’s murder at the Saudi consulate in Istanbul last October by declaring a freeze on weapons sales to Saudi Arabia and other countries involved in the Yemen war.

It has since faced protests by EU partners because the ban has impacted joint defense projects such as the Eurofighter and Tornado jets.

While France and Britain have urged Germany to end the export halt, human rights groups argue it should stay in place — a view that has many backers among the centre-left Social Democrats (SPD), junior partners to Merkel’s conservative CDU/CSU bloc in the coalition government.

“Another unilateral German stop to defense exports, imposed without coordination with European and NATO partners, would be wrong and dangerous,” its economic policy expert Joachim Pfeiffer told the Passauer Neue Presse daily.

This week, French ambassador Anne-Marie Descotes criticized Germany’s “unpredictable” arms export policy and pointed out that some companies in the sector were marketing products as “German free” in terms of components.

One reported compromise proposal was to give the green light to multinational defense products with a German share of no more than 20 percent.

Stegner urged “a sensible solution”, stressing that the SPD too wants Germany to cooperate with other European powers on joint defense projects.

Media reported another idea on the table would be for Germany to hold onto six naval patrol vessels and a training ship ordered by Saudi Arabia.

Media group RND said that if the Saudi export stop was extended by six months, the German state could buy the ships for its navy, customs service and federal police.

At least 10,000 people are estimated to have been killed in the Yemen war since March 2015.

This week more than 20 non-government groups operating in Yemen wrote to Merkel to urge her to maintain the freeze, citing the “great risk” that the arms would be used to “facilitate violations of international humanitarian law and human rights”.

Germany is among the world’s top arms exporters, a group led by the United States that also includes Russia, China, France and Britain.

Trump policies unite allies against him at European security forum