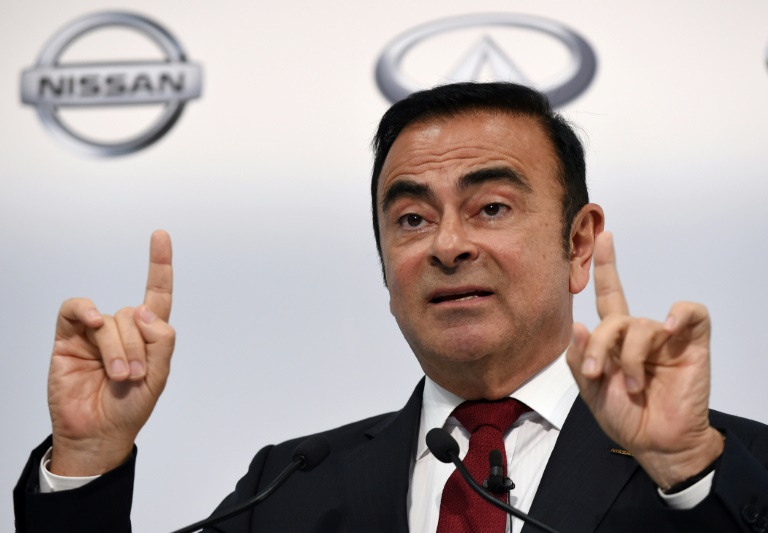 Former Nissan boss Carlos Ghosn will be spending the beginning of 2019 behind bars after a Tokyo court on Monday extended his detention through to January 11.

The move comes after Japanese prosecutors re-arrested Ghosn for fresh allegations on December 21, dashing his hopes of being home for Christmas.

“The decision to extend the (detention period) was issued today. The detention expires on January 11,” the Tokyo District Court said in a statement.

The growing case against the auto tycoon represents a stunning reversal of fortune for a man once revered in Japan and beyond for his ability to turn around automakers, including Nissan.

Since his stunning arrest on November 19, the twists and turns of the case have gripped Japan and the business world and shone a light on the Japanese legal system, which has come in for some criticism internationally.

Authorities are pursuing three separate lines of enquiry against the 64-year-old Franco-Lebanese-Brazilian executive, involving alleged financial wrongdoing during his tenure as Nissan chief.

They suspect he conspired with his right-hand man, US executive Greg Kelly, to hide away around half of his income (some five billion yen or $44 million) over five fiscal years from 2010.

They also allege he under-reported his salary to the tune of four billion yen over the next three fiscal years — apparently to avoid criticism that his pay was too high.

The extension that prosecutors won Monday allows them to continue investigating a complex third claim that alleges Ghosn sought to shift a personal investment loss onto Nissan’s books.

As part of that scheme, he is also accused of having used Nissan funds to repay a Saudi acquaintance who put up collateral money.

Prosecutors have pressed formal charges over the first allegation but not yet over the other accusations.

Monday’s extension deals a new blow to Ghosn’s hopes of being released from the Tokyo detention center where he has been held since his shock arrest.

Earlier this month, he appeared on the verge of winning bail after a court rejected a request from prosecutors to extend his detention on the second allegation against him.

But by filing the new claims, prosecutors were able to restart the clock on his detention.

The once jet-setting executive, who denies any wrongdoing, was initially held in a tiny single cell but has now reportedly been moved to a more comfortable room.

He has complained about the cold and the rice-based menu, sources say, though he has told embassy visitors he is being well-treated although he has shed a lot of weight.

According to the Asahi Shimbun daily, Ghosn will be offered cup noodles on New Year’s Eve — based on the Japanese tradition of eating noodles at the turn of the year to wish for a long life.

He will reportedly be allowed access to his lawyers on January 2 and 3, which are both Japanese holidays.

While he has failed to win bail, his alleged accomplice Kelly won a court-ordered release on Christmas Day.

Kelly’s bail conditions prevent him from leaving Japan, and he is reportedly now seeking treatment for a spinal condition at a Japanese hospital.

Ghosn’s lengthy detention has sparked criticism, especially from abroad, but Japanese prosecutors have defended the legal system, which allows suspects to be “re-arrested” several times over different allegations.

And his arrest has laid bare tensions in the alliance he helped forge between Nissan, Mitsubishi Motors and France’s Renault.

While Nissan and Mitsubishi Motors swiftly ousted Ghosn from his leadership posts after his arrest, Renault has responded more cautiously to the allegations.

The French firm has also repeatedly called on Nissan to hold a shareholders meeting, and is reportedly seeking increased representation on the board of the Japanese automaker.

Nissan has rejected the calls for a shareholder meeting at this stage, and says it is waiting until a commission looking into governance at the firm releases its findings.

The Japanese automaker has also so far failed to agree on who should succeed Ghosn as chairman.

While the tycoon was once so beloved for his role in turning around Nissan that he was immortalized in manga comic form, his former colleagues have since harshly criticized him.

Nissan’s CEO Hiroto Saikawa, a one-time Ghosn protege, has accused his former boss of accruing too much power and referred to his tenure’s “dark side.”