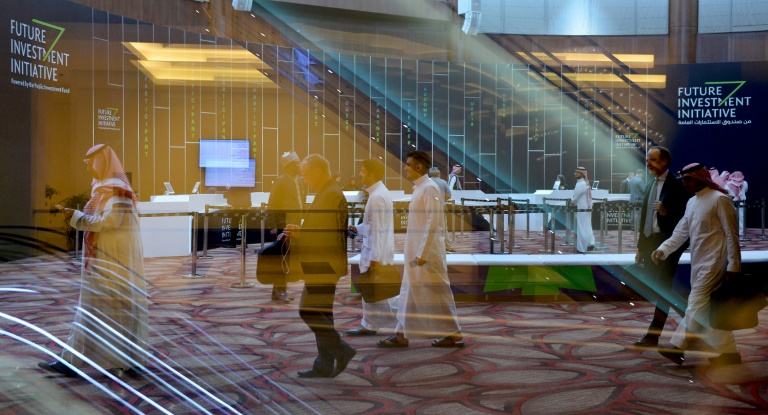 Organizers say 300 speakers from 30 countries, including American officials and heads of global banks and major sovereign wealth funds, will attend the annual summit that seeks to project the insular kingdom as a dynamic investment destination.

The murder at Saudi Arabia’s Istanbul consulate triggered one of the top crude exporter’s worst crises and prompted a wave of business and political leaders to pull out of the glitzy annual conference at the last minute.

But the event is set for a reboot this year as global outrage over the killing fades.

India’s Prime Minister Narendra Modi and Brazil’s President Jair Bolsonaro, leaders of key emerging markets, are set to speak at the summit along with King Abdullah II of Jordan and four African leaders.

The CEOs of asset management firms Blackstone and SoftBank, as well as chairs of the sovereign wealth funds of Kuwait, UAE, Singapore and Russia are also expected to attend.

Top executives from blue chips Bank of America and JPMorgan Chase, both working on the much-anticipated flotation of state oil behemoth Saudi Aramco, are on a long list of global bank representatives at the forum.

“The sanctions threat over Saudi Arabia’s human rights record, which led to boycotts last year, is currently over. Many delegates this year have no qualms about getting close to Saudi.”

Global banks and consultants are vying for business around the much-delayed initial public offering of state oil giant Aramco, the world’s most profitable company.

The kingdom plans to list as much as five percent of Aramco, which analysts say could be worth between $1.5 trillion and $2 trillion.

“I expect that many international observers as well as most attendees will pay more attention to the delayed Aramco IPO than to the Khashoggi legacy,” said Steffen Hertog, an associate professor at the London School of Economics.

The global fallout over Khashoggi’s killing rendered Prince Mohammed a pariah, testing alliances with Western powers and casting a shadow on his ambitious reform agenda aimed at weaning the kingdom off its dependence on oil.

The CIA has reportedly concluded that the crown prince, who controls all major levers of power in the Saudi government, likely ordered the gruesome killing.

Prince Mohammed has said that he accepts responsibility, because it happened “under my watch” — but denied having ordered it.

Some global companies seeking to sidestep any reputational risks of doing business with Saudi Arabia will avoid the conference but are likely to pursue meetings on the sidelines, observers say.

As it attempts to draw a line under the Khashoggi scandal, the Saudi government has hosted Western musicians at dazzling entertainment events, eased restrictions on women’s rights and started issuing tourist visas for the first time.

But Riyadh has struggled to attract the foreign investment it needs, especially since a 2017 crackdown when the palatial Ritz-Carlton hotel, the venue for the FII, was turned into a five-star prison for hundreds of Saudi business executives and some royal family members.