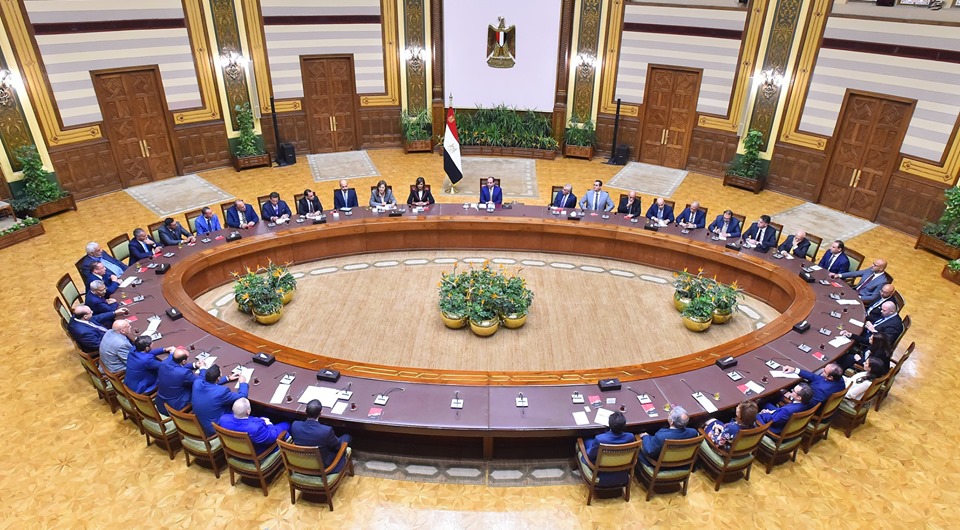 Egypt’s President Abdel Fattah al-Sisi on Tuesday welcomed a delegation of Egyptian investors abroad, participating in the fifth edition of the “Egypt Can” conference series that will be held later this month in the New Administrative Capital.

Egypt’s Presidential Spokesperson Bassam Rady said that Sisi underlined the government’s keenness to involve Egyptian investors abroad in their country’s efforts to build the future, which requires diligent management and a genuine desire aware of the challenges and ways to face them.

During the meeting, Sisi also affirmed the government’s keenness to directly interact with Egyptian investors and expatriate businesses abroad, who represent great wealth for their country, to benefit from their experiences and proposals and to strengthen their ties to their homeland.

The meeting was held in presence of the Minister of Immigration and Egyptian Expatriates Affairs Nabila Makram, and the Minister of Planning, Monitoring and Administrative Reform Hala al-Saeed.

Rady said that the ministers Makram and Saeed reviewed the fifth edition of the “Egypt Can” conference, which this year focuses on investment and developmental topics, as part of the government’s efforts to communicate with Egyptians abroad and benefit from their expertise in various fields.

The president also reviewed developments in Egypt’s economic position and promising investment opportunities within the Egyptian market across all sectors, highlighting the nation’s current potential.

He also briefed the delegation on the government’s facilities and reform measures to encourage investment, as well as the state’s efforts to upgrade infrastructure and fund small and medium enterprises.

The delegation hailed Egypt’s development plans, its investment-friendly environment, and the strong political will to implement reform at an accelerated pace. They expressed their keenness on showing the positive change witnessed by Egypt for the international community, appreciating their meeting with the president.

Egyptian expatriates conference to be held in Cairo

Egypt to organize first conference for expat entities in April