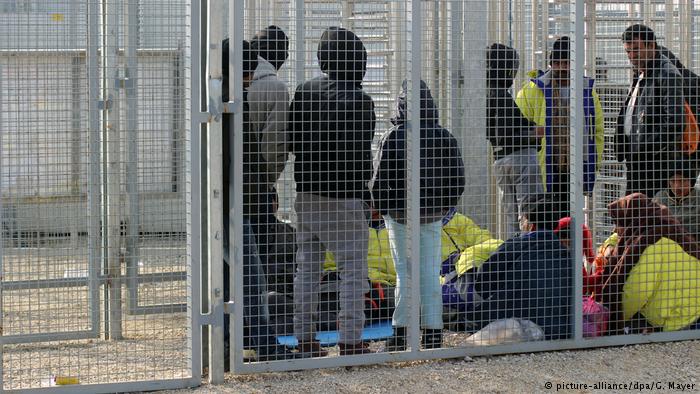 Hungary is starving some rejected asylum-seekers in transit zones to force them to drop their appeals. Human rights groups worry the policy implemented this month could expand.

Hungary’s denial of food to some rejected asylum-seekers in transit camps is an attempt to force them to Serbia without appealing their case, according to human rights groups.

“The government has stooped to a new inhumane low by refusing food to people in their custody, apparently reveling in breaching human rights law, including its obligations as a European Union member,” said Lydia Gall, Eastern EU and Balkans researcher at Human Rights Watch. “This disregard for people’s well-being smacks of a cynical move to force people to give up their asylum claims and leave Hungary.”

The move to use starvation as a bludgeon against asylum-seekers was implemented mid-August after Hungary’s right-wing government had earlier amended laws to allow rejected asylum-seekers to undergo “alien policing procedures” in transit zones until deportation.

Hungary rarely accepts asylum applications. The hunger policy aims to force rejected asylum-seekers moved to transit camps to voluntarily return to Serbia or travel to another third-country, according to the Hungarian Helsinki Committee human rights group.

“The Immigration and Asylum Office informs foreigners that they will not be given food in the transit zone but can freely decide to return to Serbia at any time,” the Hungarian Helsinki Committee wrote in a description of the policy last week, citing asylum-seekers and their lawyers.

The Immigration and Asylum Office (IAO) has said that authorities have no obligation under Hungarian law to provide food to rejected asylum-seekers in transit zones.

Human Rights Watch said that despite this, “Hungarian authorities do have binding obligations under multiple human rights treaties and norms that prohibit inhuman and degrading treatment of those in their custody and require those in custody to be treated with humanity and dignity.”

“That includes providing them with food, water, hygiene, and medical needs,” the rights group said.

The policy has so far impacted a handful of Afghan families and Syrians.

On the appeal of the Hungarian Helsinki Committee, the European Court of Human Rights (ECHR)this month ordered Hungarian authorities to resume feeding asylum-seekers in five cases.

However, the human rights organizations worry that many more asylum-seekers in transit zones may have food withheld as the policy is rolled out.

Andras Lederer, an advocacy officer with the Hungarian Helsinki Committee, told DW that authorities appear to want to make the situation difficult for rejected asylum-seekers by forcing each to apply individually to ECHR.

“What we see is that despite the fact that the European Court of Human Rights granted the interim measures, ordering the authorities to provide food to these people, the Immigration and Asylum Office only does so after each individual applied to the court and the court made such a decision,” he said.

Since an influx of migrants arrived in Europe in 2015, Hungarian Prime Minister Viktor Orban has implemented a stringent anti-migrant policy and clashed with other EU members. His moves have extended to targeted organizations that help asylum-seekers.

The European Commission last month announced it was turning to the European Court of Justice (ECJ) over Hungary’s “non-compliance of its asylum and return legislation with EU law.”

The EU’s executive branch also opened up a new infringement procedure against Hungary over its new “Stop Soros” law, which among other things criminalizes support for asylum-seekers.

Hungary to debate law that would criminalize helping illegal immigrants

Tens of thousands protest in Hungary against Viktor Orban