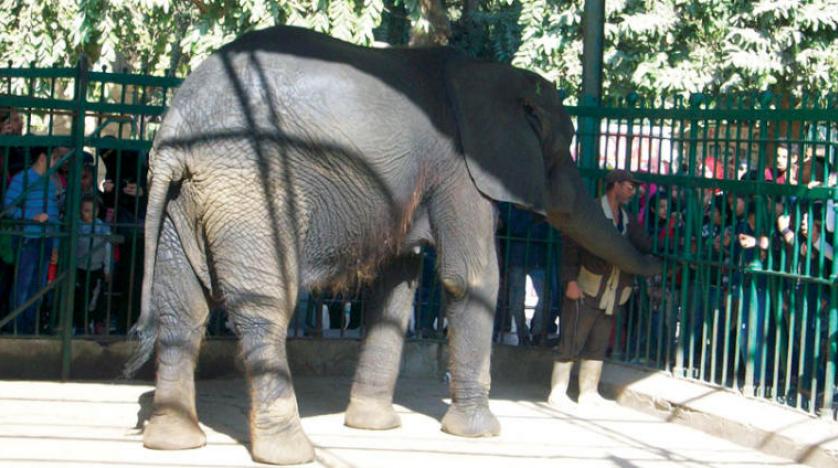 Giza’s Zoo’s animals are at risk from the current Eid al-Fitr heat-wave running until June 17, which might impact their natural lifespans, the Zoo reported on Sunday.

In response, veterinary bodies have announced a state of emergency in the zoo and in other parks across the country, with animals sensitive to the heat require fans and water pools to help cool them.

Ice cream treats were also provided to help cool the animals, but has put them at risk of being sick as well.

Despite the high temperatures, a large number of visitors, around 50,000, visited within the first and second days of Eid al-Fitr to enjoy the Zoo’s animals; its selection includes 36 lions, six chimpanzees, two sea lions and six bears (two Russian and four from America).

Head of the Central Department of Zoos Mohamed Ragaei stated that the animals most affected by the heat are the bears and elephants, and that the Bear House contains a special cooling system and that the animal houses use umbrellas to provide shade.