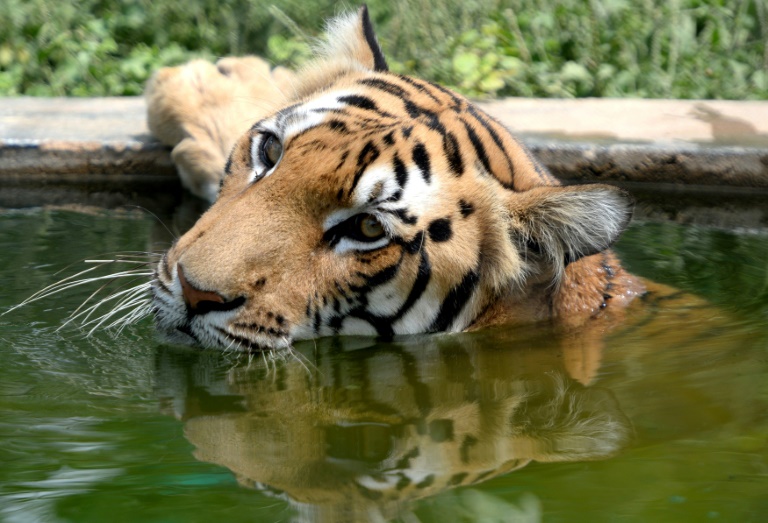 India’s wild tiger population has increased by more than 30 percent in the last four years, according to a new census released Monday, raising hopes for the survival of the endangered species.

In what Prime Minister Narendra Modi hailed as a “historic achievement,” the census found 2,967 tigers in the wild across the country, up from 2,226 four years ago.

“We reaffirm our commitment towards protecting the tiger,” Modi said in Delhi at the release of the latest census.

“Some 15 years ago, there was serious concern about the decline in the population of tigers. It was a big challenge for us but with determination, we have achieved our goals.”

That year, India and 12 other countries with tiger populations signed an agreement to double their big cat numbers by 2022.

Population numbers in the nation have risen steadily since falling to a record low of 1,411 in 2006.

But they are yet to return to the tally of 2002 when some 3,700 tigers were estimated to be alive in the country.

It is believed some 40,000 tigers lived in India at the time of independence from Britain in 1947.

Wildlife experts lauded the government effort and said the rise in numbers heralded a new chapter in the conservation of big cats in India.

Authorities across Asia are waging a major battle against poachers, who often sell tiger body parts to the lucrative traditional Chinese medicine market, as well as other man-made problems such as habitat loss.

New Delhi has sought to improve its management of the predator, reserving 50 habitats — from Himalayan foothills in the northeast to parts of west and central India — exclusively for the animals.

But at the same time, India’s growing population has encroached into the territory of the wild animals, increasing the frequency of conflicts with humans.

More than 60 tigers have died or been killed so far this year across the country, according to government figures.

Last week, a tigress was beaten to death by a mob a day after it mauled to death a person and injured eight others.

Another tigress, and her two cubs, died last month after villagers poisoned the carcass of a cow it had hunted a day earlier.

Around 30 people were killed by tigers in India last year, according to the government.

Experts say more can be done — not just at the village level but also across government agencies — to educate and increase awareness about tiger encounters.

“Nobody wants to see a tiger die, nobody also wants to see a local person die in a tiger attack,” Dipankar Ghose of World Wildlife Fund India told AFP.

“Whenever tigers are dispersing through landscapes that are crowded, there needs to be more proactive measures… to manage this co-existence.”

Rare Sumatran tiger rescued from beneath shop in Indonesia