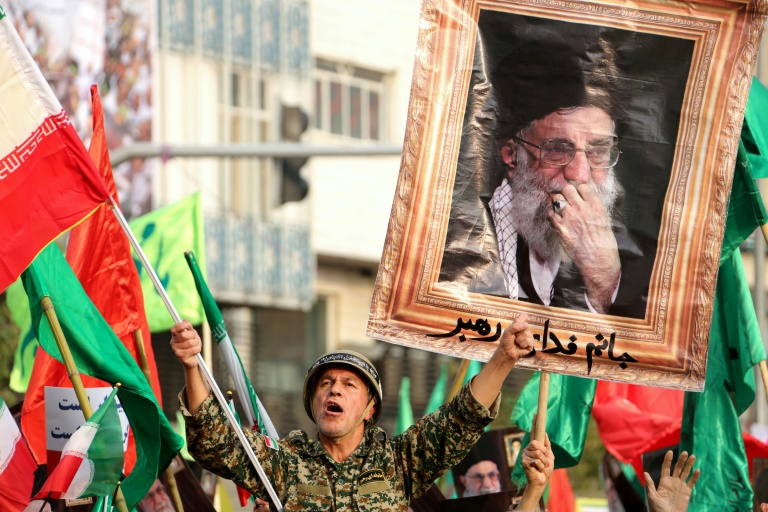 Iran has arrested eight people accused of links to the CIA and gathering information to send abroad during deadly street violence that erupted after a fuel price hike triggered demonstrations.

A near-total internet blackout was imposed by the Islamic republic on November 16, the day after it made the shock announcement that petrol prices were immediately going up by as much as 200 percent.

Reports of deaths and arrests emerged as security forces were deployed to rein in demonstrations which turned violent in some areas, with dozens of banks, petrol pumps and police stations torched.

New York-based Human Rights Watch on Wednesday accused Tehran of “deliberately covering up” more than 100 deaths and thousands of arrests during the crackdown.

Officials in Iran have confirmed five people were killed and so far announced about 500 arrests, including of some 180 “ringleaders”.

But Amnesty International said on Monday that at least 143 demonstrators have been killed since November 15 in the crackdown.

The latest to have been detained in Iran were eight people “linked to the CIA during recent riots”, state news agency IRNA said late Wednesday.

“Some elements who tried to collect information about the recent riots and send them out of the country… were identified and arrested,” it quoted the director-general of the intelligence ministry’s counter-espionage department as saying.

Six of them were alleged to have been “attending the riots and carrying out orders,” IRNA reported, without naming the official.

Two others accused of trying to collect information and transfer it abroad were arrested before they could leave the country, the news agency said.

They had all been “trained in different countries on how to collect information… as citizen-journalists,” it added.

Iran’s arch-foe, the United States, said on Tuesday it had received thousands of messages from the Islamic republic about the protests, including photos and videos, after issuing an appeal for people to defy the internet restrictions.

The unrest, triggered by a sharp rise in petrol prices, came after a year and a half of biting sanctions reimposed by President Donald Trump that aim to contain Iran’s regional role.

The sanctions followed Trump’s decision in May 2018 to unilaterally withdraw the United States from an international agreement on Iran’s nuclear program.

Iran has blamed the unrest on “thugs” backed by its foreign enemies, including the United States, Israel and the People’s Mujahedeen of Iran, an exiled armed opposition group it considers a “terrorist” cult.

“The people foiled a deep, vast and very dangerous conspiracy on which a lot of money was spent for destruction, viciousness and the killing of people,” Khamenei was quoted as saying on state television.

On Twitter, Khamenei expressed his “heartfelt gratitude and appreciation” to the Iranian nation in a post that featured pictures of a massive pro-government rally held Monday in Tehran.

“The people proved again that they are powerful and great, and defeated the big conspiracy of the enemy with their presence on the scene,” he said.

“Police and security forces… performed their duty, but what the nation did during this week was more important than any other measure,” said another tweet.

The tweets accused the “#GlobalArrogance and #Zionism” — referring to Iran’s arch-enemies the US and Israel — of being behind the street violence.