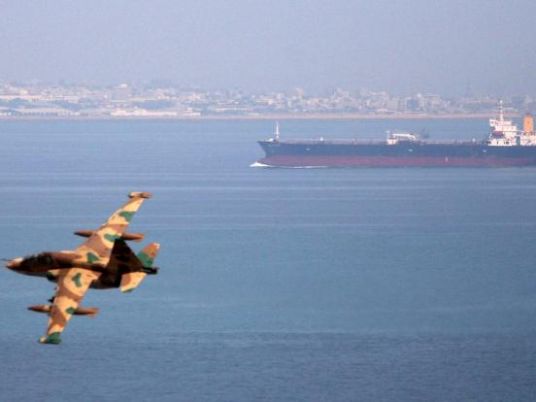 More than 25 European and Asian-owned supertankers are shipping Iranian oil, data seen by Reuters shows, allowing Tehran to ramp up exports much faster than analysts had expected following the lifting of sanctions in January.

Iran was struggling as recently as April to find partners to ship its oil, but after an agreement on a temporary insurance fix more than a third of Iran's crude shipments are now being handled by foreign vessels.

"Charterers are buying cargo from Iran and the rest of the world is OK with that," said Odysseus Valatsas, chartering manager at Dynacom Tankers Management. Greek owner Dynacom has fixed three of its supertankers to carry Iranian crude.

Some international shipowners remain reluctant to handle Iranian oil, however, due mainly to some US restrictions on Tehran that remain and prohibit any trade in dollars or the involvement of US firms, including banks and reinsurers.

Iran is seeking to make up for lost trade following the lifting of sanctions imposed in 2011 and 2012 over its nuclear program.

Port loading data seen by Reuters, as well as live shipping data, shows at least 26 foreign tankers with capacity to carry more than 25 million barrels of light and heavy crude oil, as well as fuel oil, have either loaded crude or fuel oil in the last two weeks or are about load at Iran's Kharg Island and Bandar Mahshahr terminals.

The resumption of international shipping of Iranian oil has been made possible by an increase in interim, limited, insurance cover by "P&I clubs" — maritime mutual associations that provide "protection and indemnity" insurance to shippers.

The International Group of P&I Clubs, which represents the world's top 13 ship insurers, increased the amount covered by so-called "fall-back" shipping insurance from 70 million to 100 million euros (US$113.36 million) in April.

"In the first days after lifting sanctions only Iranian ships were loaded in the country, mainly due to several problems in finding insurance/reinsurance," said Luigi Bruzzone of ship broker Banchero Costa.

"The strong interest of the market in these trades pushed all the stakeholders to solve all the problems … and almost all P&I Clubs have granted their insurance."

The "fall-back" cover is designed to offset any shortfall in payments from US reinsurers, who are still not allowed to deal with Iran.

"We're interested in such trade … [but] it will still take time for Iran to be fully integrated as there remain restrictions around dollar denominated transactions."

Indeed, while the partial lifting of sanctions means foreign tankers can now transport Iranian oil, risks remain because large accidents might not be fully covered.

As a result, insurers say many first-tier oil shippers, many of them publicly listed such as Euronav, Teekay Group or Frontline, still shy away from carrying Iranian oil.

If the fall-back cover is exhausted in an incident, Andrew Bardot, executive officer at the International Group of P&I Clubs, said that costs like "collision and cargo liabilities, will not be covered, and will remain with the shipowner".

A single Very Large Crude Carrier (VLCC) supertanker costs around $90 million, and the costs of a large oil spill can reach into the billions of dollars.

"The limitations of the 'fall-back' cover — together with other continuing restrictions, for example those relating to the US dollar and use of the US financial system — however have discouraged a number of shipowners, and in particular the large shipping groups, from resuming trade with Iran in which they were previously engaged," said Bardot.

With international vessels supporting Iran's own tanker fleet, traders said that its oil exports was now close to pre-sanction levels of around 2.5 million barrels per day (bpd).

"Iran has ramped up harder and faster than expected," Citi analysts said.

Traders said that if Iran was close to capacity, it might not be able to offset supply disruptions that have occurred in other regions recently — including Nigeria or Libya — and which have already helped tighten the market and pushed oil prices to around $50 per barrel.

Iran's oil exports were between 2.1 and 2.3 million bpd in April and May, up from 1.3 million bpd a year ago, when Iran was shut out of the European market and dependent on limited shipments to Asian buyers.

Asia is the main destination for crude shipped by foreign vessels, with India, China and Japan the biggest takers, but at least four international tankers are also heading for Europe.

India, in particular, is taking a lead role as its demand soars and refiners such as Essar Oil, Reliance Energy, Hindustan Petroleum Corp, and Bharat Petroleum Corp enjoy good ties with Iran.