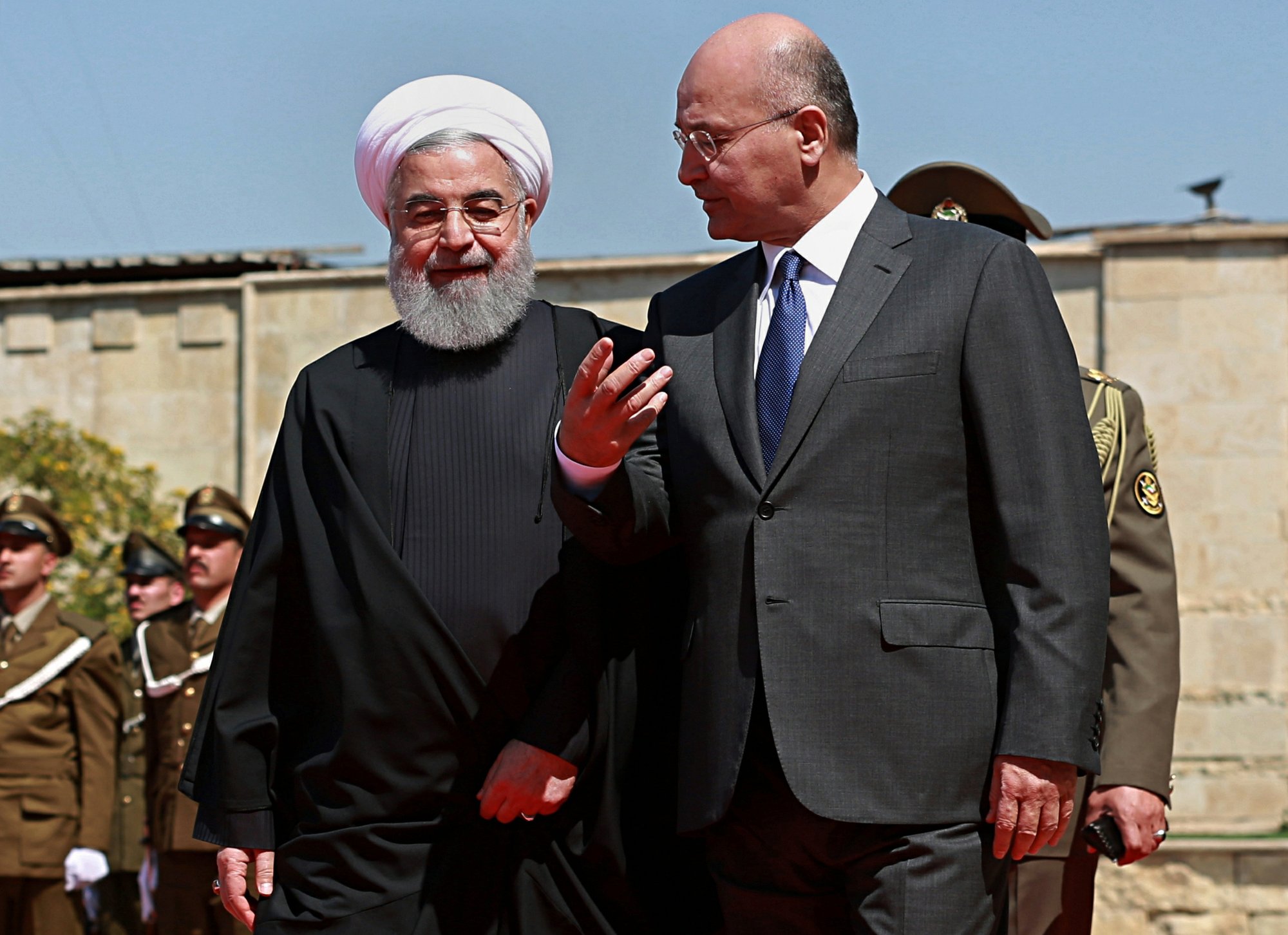 BAGHDAD (AP) — A summit organized by Iraq brought together regional rivals Saudi Arabia and Iran on Saturday as part of a broader effort by Iraqi leaders to fashion the country’s image as a friend among neighbors.

Scarred by more than three decades of war, Iraq is recasting itself as a mediator among neighbors who are often at odds over weighty issues, including the civil war in Syria and U.S. sanctions against Iran.

“Today, Iraq is building a promising strategic partnership with all neighboring countries without any reservations or favoring any party,” said Halbousi.

The regional meeting Saturday follows months of high-profile diplomacy that has involved Prime Minister Adel Abdul-Mahdi and President Barham Salih to engage with the neighbors.

Abdul-Mahdi made visits in quick succession to Iran and Saudi Arabia earlier this year, emphasizing that Iraq would not favor one or the other in the rivalry between them.

Instead, Iraq is looking to expand trade with both as it looks to rebuild itself, 16 years after the 2003 U.S. invasion plunged the country into civil war. The country is seeking billions of dollars in aid and investment – particularly in energy and electricity – for reconstruction.

Iraq is also spearheading a regional initiative to bring Syria back into the Arab League, with President Bashar Assad surviving a 2011 uprising against his rule.

And while Iraq remains a close ally of the U.S. in the Middle East, Iraqi leaders have made clear they will not be constrained by U.S. policy objectives to isolate Iran and Syria.

“Iraq is coming back to the neighborhood,” President Barham Salih told The Associated Press in a nearly hour-long interview last month.