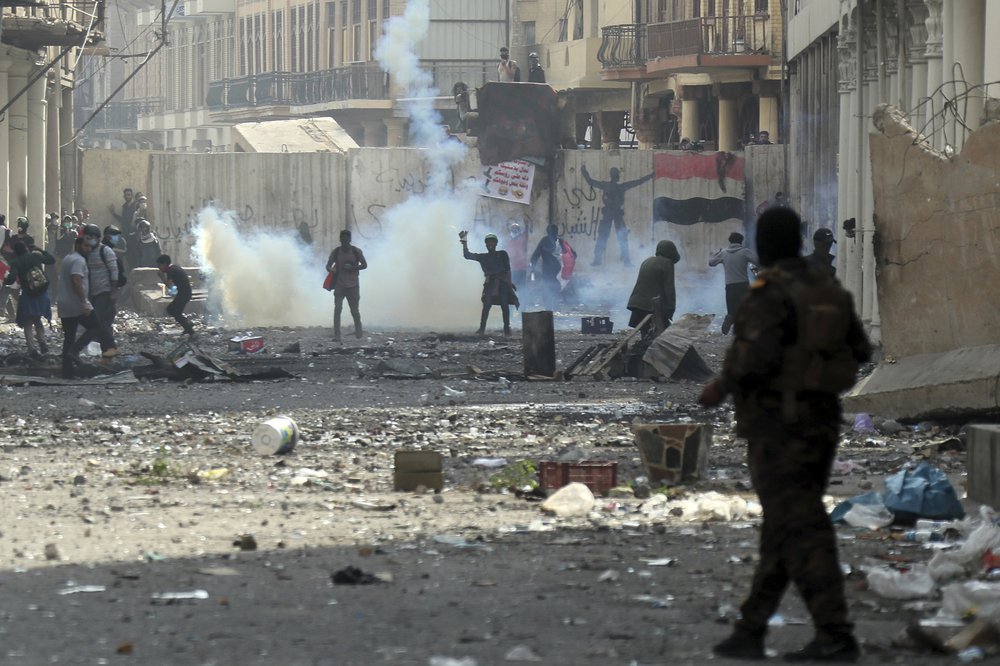 A protester was struck with a rubber bullet and died instantly and 12 others were wounded in the fighting on Rasheed Street, a famous avenue known for its old crumbling architecture and now littered with rubble from days of violence. Fifteen people have died and over 100 wounded in the renewed clashes. The officials spoke on condition of anonymity in line with regulations.

At least 341 protesters have died in Iraq’s massive protests, which started on Oct. 1 when thousands of Iraqis took to the streets to decry corruption and lack of services despite Iraq’s oil wealth.

Separately, Iraq’s Parliament failed to hold a session Saturday due to lack of a quorum. Lawmakers were supposed to read reform bills introduced to placate protesters. The next session was postponed to Monday.

The fighting has centered on Rasheed Street and started on Thursday when protesters tried to dismantle a security forces barricade on the street, which leads to Ahrar Bridge, a span over the Tigris River that has been a repeated flashpoint. Security forces responded with barrages of tear gas and live ammunition.

The violence took off again Friday afternoon. Live rounds and tear gas cannisters were fired by security forces from behind a concrete barrier on Rasheed Street.

Protesters have occupied part of three bridges — Ahrar, Jumhuriya and Sinak — in a standoff with security forces. The bridges lead to the fortified Green Zone, the seat of Iraq’s government.