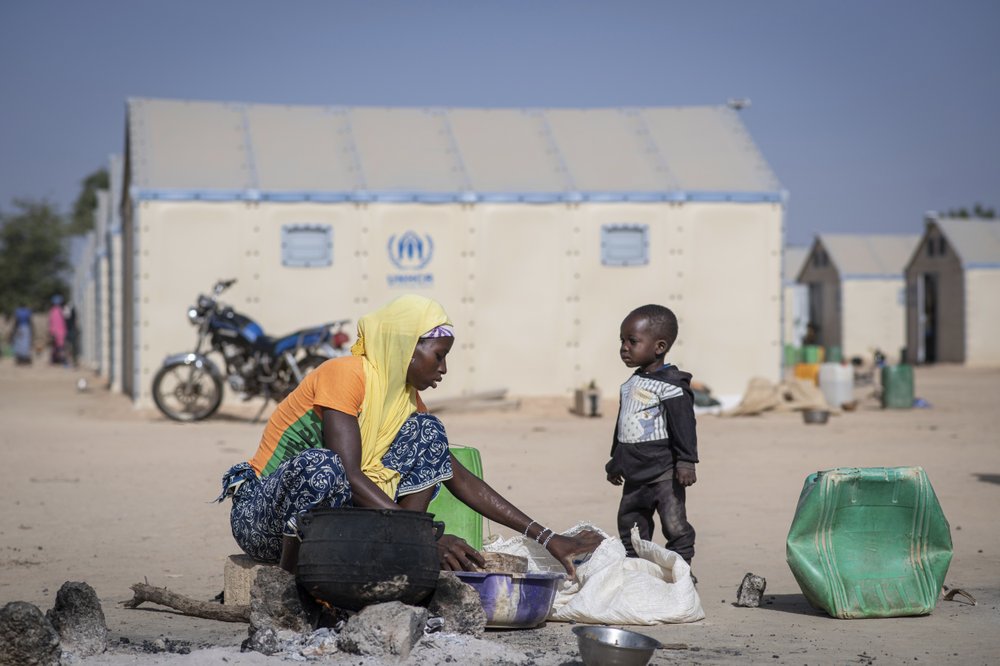 FADA N’GOURMA, Burkina Faso (AP) — The jihadists who killed Wabwa Ampougovni’s son and two grandchildren wanted them to suffer: They cut the backs of their necks before slitting their throats, leaving them to a slow and agonizing death.

They were among 14 people killed in late November when extremists swept through the Natiaboani area in eastern Burkina Faso, where Islamic militancy is spreading.

“The tears are inside me but it hurts too much,” Ampougovni said.

Nearly 1,000 civilians were killed in 2019 by local militias and fighters linked to Islamic extremists, a spike in attacks of nearly 190%, according to the Armed Conflict Location and Event Data Project, which collects and analyzes conflict information.

The violence in northern and now eastern Burkina Faso has displaced more than half a million people, according to the United Nations. And there are fears the unrest could throw elections planned for late 2020 into question.

“The terrorist attacks are worsening, they’re getting closer to the capital and the real challenge is that we can’t see the response from the government,” said Siaka Coulibaly, an analyst with the Center for Public Policy Monitoring by Citizens.

The deepening crisis in Burkina Faso will be among the topics facing leaders from the region when they meet next week in France with President Emmanuel Macron to discuss the way ahead in combating Islamic extremism in the Sahel, where France was once the colonizer.

For years Burkina Faso was spared the kind of Islamic extremism seen in neighboring Niger and in Mali, where it took a 2013 French-led military intervention to dislodge jihadists from power in several major towns. Now extremists have succeeded in making inroads here, too, in communities where poverty is rampant and the government is nearly absent.

The ouster of Burkina Faso’s longtime President Blaise Compaore in late 2014 also paved the way for the extremists’ spread by throwing the military into disarray. A special forces unit was dismantled and never replaced.

Little over a year later, the country saw its first major attack. Militants killed at least 30 people at a cafe popular with foreigners in the capital, Ouagadougou, in January 2016. The following year, 18 were killed at a Turkish restaurant in the capital.

In the east, an international mining company came under attack in November, with at least 37 people killed.

The Islamic State in the Greater Sahara largely operates along the Nigerien border and al-Qaida linked militants along the border with Mali. The jihadists appear to be benefiting from gold mining, according to a report by the International Crisis Group in November.

The leader of the National Assembly is already warning that the presidential election could be delayed because of the insecurity.

In an attempt to improve security, the Burkinabe government is further training its soldiers and partnering with the U.S. and France, said Dandjinou, without giving details.

A foreign diplomat who spoke on condition of anonymity as they were not authorized to speak on the record said the U.S. is providing training for the Burkinabe army on how to deal with the improvised explosive devices commonly used by militants in the Sahel.

The level of France’s involvement is unclear, though the former colonizer has some 4,500 military personnel in West Africa’s Sahel region.

Next week’s summit between French President Emmanuel Macron and leaders of the G5 Sahel, a five-nation regional counterterror force of Burkina Faso, Chad, Mali, Mauritania and Niger, will discuss the future of France’s Barkhane military operation.

In 2019, Human Rights Watch documented the alleged killing by Burkinabe security forces of more than 150 men accused of supporting or harboring extremists. Nearly all the victims were ethnic Peuhl.

“They feel like they’re being targeted so they join the jihadists in order to survive,” he said.

A humanitarian crisis is intensifying as well: Almost 2 million people could face food insecurity by June this year, said the World Food Program.

In Fada N’gourma, Naba Palipougain said he fled his nearby village in August after jihadists threatened to kill all community leaders like him.

Even though he lacks confidence in the army to protect him and has little food, Palipougain won’t be going home. Instead, he shelters in an abandoned house.

“Too many people from our village have disappeared,” he said. “I’d prefer to stay here and die of hunger. At least I’ll be buried and not die like an animal.”