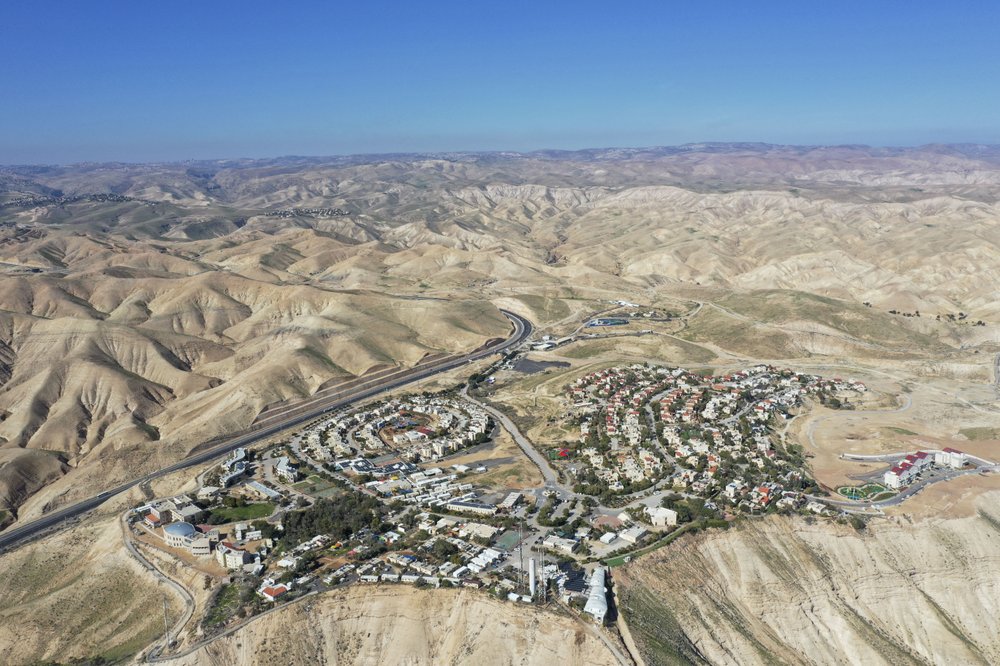 JERUSALEM (AP) — Emboldened by a supportive White House, Israel appears to be barreling toward a showdown with the international community over its half-century-old settlement enterprise in the West Bank.

With the prosecutor of the International Criminal Court poised to launch a war crimes probe of Israel’s settlement policies, Prime Minister Benjamin Netanyahu on Tuesday announced plans to move ahead with the potentially explosive annexation of large parts of the occupied West Bank, including dozens of Jewish settlements. He spoke in Washington as President Donald Trump unveiled a Mideast peace plan that matches Netanyahu’s nationalistic stance and undercuts Palestinian ambitions.

This confluence of forces could make 2020 the year that finally provides clarity on the status of Israeli settlements and the viability of a two-state solution.

“History is knocking at the door,” Israeli Defense Minister Naftali Bennett, a patron of the settler movement, said as he urged Netanyahu to immediately annex all of Israel’s settlements and snuff out any hopes for Palestinian independence.

“Now the campaign is moving from the White House to the Cabinet room in Jerusalem,” he said. “Take everything now.”

The Palestinians want the West Bank as the core of a future independent state and see the settlements there — home to nearly 500,000 Israelis — as obstacles to their dream of independence. The international community backs this view and overwhelmingly considers the settlements to be illegal.

Since capturing the West Bank in the 1967 Middle East war, Israel has slowly and steadily expanded its settlements while stopping short of annexing the territory. The international community condemned the construction as illegal but has refrained from imposing sanctions or serious punishment.

This status quo began to change after Trump took office in early 2017. Surrounded by a team of advisers with close ties to the settlement movement, Trump took a more sympathetic line toward Israel and halted the automatic criticism of settlements of his predecessors. This resulted in a surge of Israeli construction plans that are just getting underway.

“Over the next year and certainly two years, we’re going to see a sharp increase” in the settler population, said Baruch Gordon, director of West Bank Jewish Population Stats, a settler group. In its annual report, the group said the West Bank settler population grew last year to 463,353 people, in addition to some 300,000 settlers living in Israel-annexed east Jerusalem.

“We’re here and we’re not going anywhere,” he said.

The major turning point for Israel was in November, when the U.S. declared that it did not consider settlements to be illegal. That landmark decision appears to have played a key role in Netanyahu’s announcement that he plans to annex the Jordan Valley, a strategic area of the West Bank, and Israel’s more than 100 settlements.

Ironically, this warm U.S. embrace could prove to be Netanyahu’s undoing. Moving ahead with annexations is likely to trigger harsh international condemnations and possible legal action.

Last month, the chief prosecutor of the International Criminal Court, Fatou Bensouda, declared there is a “reasonable basis” to believe that settlement construction constitutes a war crime. Pending final approval from the court, she intends to open a formal investigation, a process that could cause deep embarrassment and discomfort for Israeli leaders.

Yuval Shany, an expert on international law at the Israel Democracy Institute, said annexation would “significantly” raise the risk of triggering prosecution at the ICC. Settlements are widely viewed as illegal based on the Geneva Convention principle that an occupying power is barred from transferring its population into war-won territories.

“That could be a relatively low-hanging fruit for the prosecutor to identify a specific act that is either part of the transfer or significantly aids and abets that transfer,” he said.

While Israel does not accept the court’s authority, Netanyahu appears to be taking the threat of prosecution seriously. He has launched harsh attacks against Bensouda and the court, saying the case against Israel is “pure anti-Semitism.” He also has tried, with limited success, to rally international opposition to the ICC.

The Palestinians joined the ICC in 2015 after they were accepted as a nonmember state at the United Nations. They then asked the court to look into alleged Israeli crimes in the West Bank, Gaza and east Jerusalem, retroactive to 2014.

The date coincided with Israel’s devastating war in the Gaza Strip. In her announcement last month, Bensouda said her probe would look at Israeli military practices as well as the actions of Hamas militants during the 2014 war, in addition to settlement activity.

Shany said Israel is much more vulnerable on the settlement issue than it is with regard to Gaza. Israel’s military has mechanisms to investigate alleged wrongdoing by its troops, and despite criticism that this system is insufficient, it has a good chance of fending off the ICC. When it comes to settlements, however, Israel will have a difficult time defending its actions.

While the court would have a hard time prosecuting Israelis, it could issue arrest warrants that would make it difficult for Israeli officials to travel abroad. A case in the ICC would also be deeply embarrassing to the government, Shany said.

“The big white whale is the settlements,” he said. “That would be a major PR disaster for the country.”