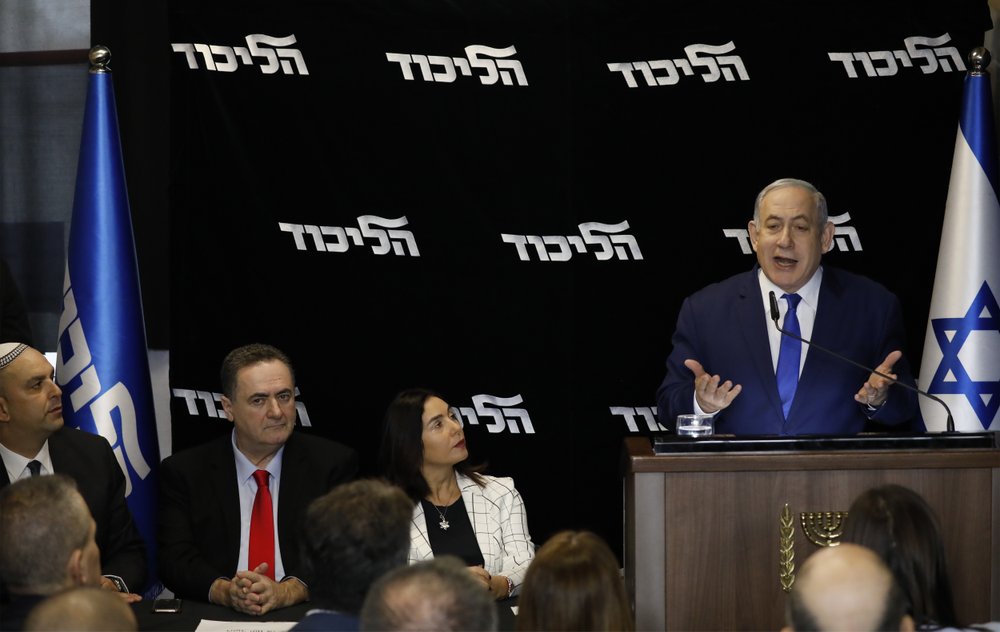 JERUSALEM (AP) — Israel’s Supreme Court convened Tuesday to hear a petition on whether an indicted member of parliament can form a new government, a key test case for whether Prime Minister Benjamin Netanyahu can prolong his political career after elections in March.

If the court decides Netanyahu is ineligible, it could precipitate a constitutional crisis in Israel, and exacerbate the already tenuous ties between the Israeli government and judiciary.

The court is not expected to hand down an immediate ruling and may ask for a full panel of the court to convene on the matter. Either way, it was wading into uncharted territory.

Israeli law requires Cabinet ministers and mayors to resign if indicted, but does not specify so for a sitting prime minister. There are no restrictions on Netanyahu to run in the March 2 election — the third in less than a year — but good governance groups are appealing on whether he could be tasked with forming a new government if he emerges victorious. Given the shaky legal ground, the court could deem the scenario hypothetical and delay the case until that actually happens.

The hearing comes as Netanyahu appears poised to seek immunity from the corruption charges against him, delaying the prospect of a trial until the elections when he hopes to have a parliamentary majority coalition that will shield him from prosecution.

The request for immunity is likely to languish under the current parliament. Normally, a request for immunity would need to be approved by a parliamentary committee and then submitted to a full vote. But the committee charged with handling such matters doesn’t exist because a government was never formed after September’s election. The attorney general cannot file the indictment until the question of immunity is settled, delaying any court proceedings.

Netanyahu, who was re-elected leader of the ruling Likud party last week, has long accused judicial and law enforcement officials of trying to drive him from office and has said only the voters can choose who will lead the country. His allies have issued stern warnings against what they call an “activist” court overstepping its authority.

Netanyahu has been in power for more than a decade and is Israel’s longest-serving leader. He was indicted last month on charges of bribery, fraud and breach of trust stemming from three cases of trading political and regulatory favors for positive press coverage and accepting lavish gifts from wealthy supporters.

Netanyahu has dismissed the allegations as an “attempted coup” and has vowed to battle them from the prime minister’s office. Netanyahu is Israel’s first sitting prime minister to be charged with a crime. His predecessor, Ehud Olmert, was forced to resign a decade ago ahead of a corruption indictment that later sent him to prison for 16 months.

Image: Israeli Prime Minister Benjamin Netanyahu deliverers a statement at the airport city in Lod Israel, Friday, Dec. 27, 2019. Netanyahu shored up his base with a landslide primary victory announced early Friday, but he will need a big win in national elections in March if he hopes to stay in office and gain immunity from prosecution on corruption charges (AP Photo/Ariel Schalit)