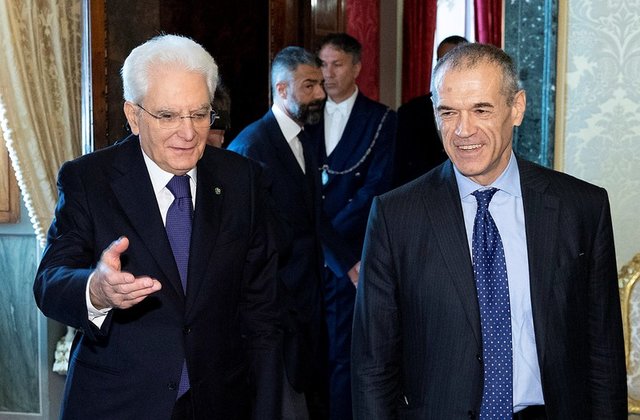 Italy’s president set the country on a path back to fresh elections on Monday, appointing a former International Monetary Fund official as interim prime minister with the task of planning for snap polls and passing the next budget.

The decision to appoint Carlo Cottarelli to form a stopgap administration sets the stage for elections that are likely to be fought over Italy’s role in the European Union and the euro zone, a prospect that is rattling global financial markets.

The euro zone’s third-largest economy has been seeking a new government since inconclusive March elections, with anti-establishment forces abandoning their efforts to form a ruling coalition at the weekend after a standoff with the president.

President Sergio Mattarella had vetoed the parties’ choice of a eurosceptic as economy minister, prompting the 5-Star Movement and far-right League party to accuse him of betraying voters and to drop their plan to take power.

Cottarelli told reporters after his appointment as interim prime minister that elections would be held in the autumn or early next year. He also tried to reassure investors.

“Speaking as an economist, in the past few days the tensions on the financial markets have increased,” said Cottarelli, who had served as a cost-cutting tsar to a previous government.

“Nonetheless the Italian economy is still growing and the public accounts remain under control. I can absolutely guarantee that a government led by me would assure a prudent management of our public accounts,” he added.