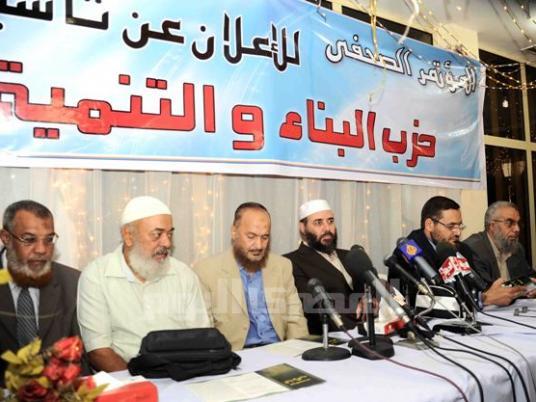 ’s Construction and Development Party would welcome the inclusion of parts of the 1971 Constitution in the new constitution if political groups agree to do so, party spokesperson Safwat Abdel Ghany said Saturday.

Abdel Ghany said in a statement, “All political bodies currently stand in a scene in which all choices are [possible], including the issuance of a supplementary constitutional declaration, a law by the People’s Assembly on the standards of the Constituent Assembly, or an interim constitution that lasts for one, two or 10 years.”

“We are with what the political bodies agree on, and just introduce our point of view openly. … We endeavor to be part of the national consensus, and we have no objection to relying on the Constitution of 1971 until the formation of a constituent assembly if there is a fear that its formation will be delayed,” he said.

With regard to a presidential candidate the group and party might support, Abdel Ghany said that “consultations are underway between the group and the party and a large number of Islamist political forces and revolutionary forces to agree on one candidate so as not to disperse votes [in favor of ] the symbols of the former regime.”

He said the most prominent figures of the Jama’a al-Islamiya and its party are coordinating with Salafi organizations and revolutionary youth coalitions with political vision. He said they have not settled on a specific candidate so far.