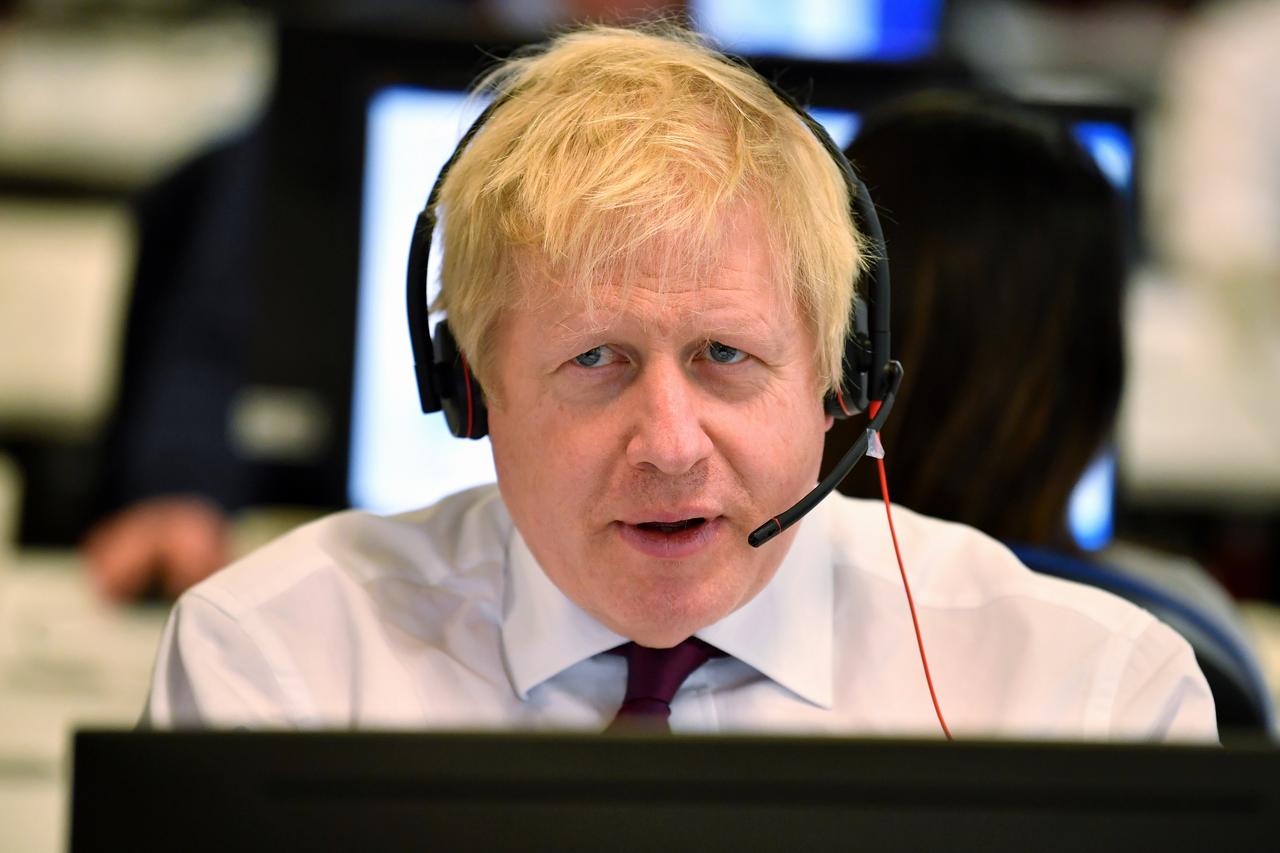 LONDON (Reuters) – British Prime Minister Boris Johnson said he was nervous about his narrowing lead in opinion polls ahead of Thursday’s election but pledged to deliver a “transformative” Brexit that will allow lower immigration.

The Dec. 12 election will decide the fate of Brexit and the world’s fifth-largest economy with a stark choice between Johnson’s pro-market Conservatives and the socialist-led opposition Labor Party.

“Brexit is the most radical and profound change to the management of this country,” Johnson told Sky, adding that he would lead the United Kingdom out of the European Union on Jan. 31 if he wins a majority in the 650-seat parliament.

“Brexit is indispensable – you can’t move forward without Brexit,” said Johnson, the face of the leave campaign in the 2016 referendum before winning the top job in July after Prime Minister Theresa May failed to deliver Brexit on time.

Johnson called the snap election after more than three years of political crisis over the United Kingdom’s most significant geopolitical move since World War Two.

Voting takes place from 0700 and 2200 GMT on Thursday, with Johnson likely to need more than 320 seats to ensure he can remain prime minister and ratify the Brexit deal he struck with the EU in October.

Opinion polls put Johnson ahead of Labor Party leader Jeremy Corbyn, though his lead has narrowed in recent weeks and such polls largely failed to predict the 2016 referendum result or May’s loss of her majority in the 2017 snap election.

Asked if he was nervous about narrowing polls, Johnson said: “Of course, we are fighting for every vote. I think that this is a critical moment for this country.”

Four opinion polls published on Saturday put the lead of Johnson’s Conservative Party over the Labour Party at between eight and 15 points.

The Conservatives are certainly in pole position, but not necessarily so far ahead that they’re guaranteed to win, polling expert John Curtice told the BBC.

With the United Kingdom still split over Brexit, the election has largely been dominated by rhetoric over the EU exit and an array of expensive spending promises on public services by both major parties.

Beyond Brexit, the main foreign policy issue has been Corbyn’s claim that Johnson would sell off the much-cherished National Health Service (NHS) to US corporations in a post-Brexit deal with US President Donald Trump.

Johnson has repeatedly denied that claim and Trump last week said he wouldn’t want the NHS if it was offered on a silver platter, but Corbyn has used leaked British-US trade documents to argue that Johnson is a threat to the NHS.

The leak of the classified documents online is tied to a previous Russian disinformation campaign, social media site Reddit said on Friday, fueling fears that Moscow is seeking to interfere in the British election.

The Kremlin, which says the West is gripped by anti-Russian hysteria, has denied it meddles in Western democracies.

The UK government said it is looking into the matter with support from the National Cyber Security Centre, part of the GCHQ signals intelligence agency.

No major poll predicts victory for Corbyn, a socialist who wants to bring swathes of the British economy into state ownership, but Labor could yet lead a minority government given that few other parties are willing to prop up a Johnson government.

Labor proposes negotiating a new deal and then holding another EU referendum.

Johnson dodged a question on whether he would resign if he failed to win a majority and dismissed questions suggesting that, after nearly a decade of Conservative rule, he was offering voters little beyond Brexit.

When asked by Sky what the naughtiest thing he was ready to confess, Johnson initially asked advisers for suggestions before saying: “When I was riding a bicycle every day, which I used to do, I may sometimes have not always have obeyed the law about cycling on the pavement.”

UK election is full of dirty tricks and political clicks

British PM Johnson to Trump: keep out of UK election