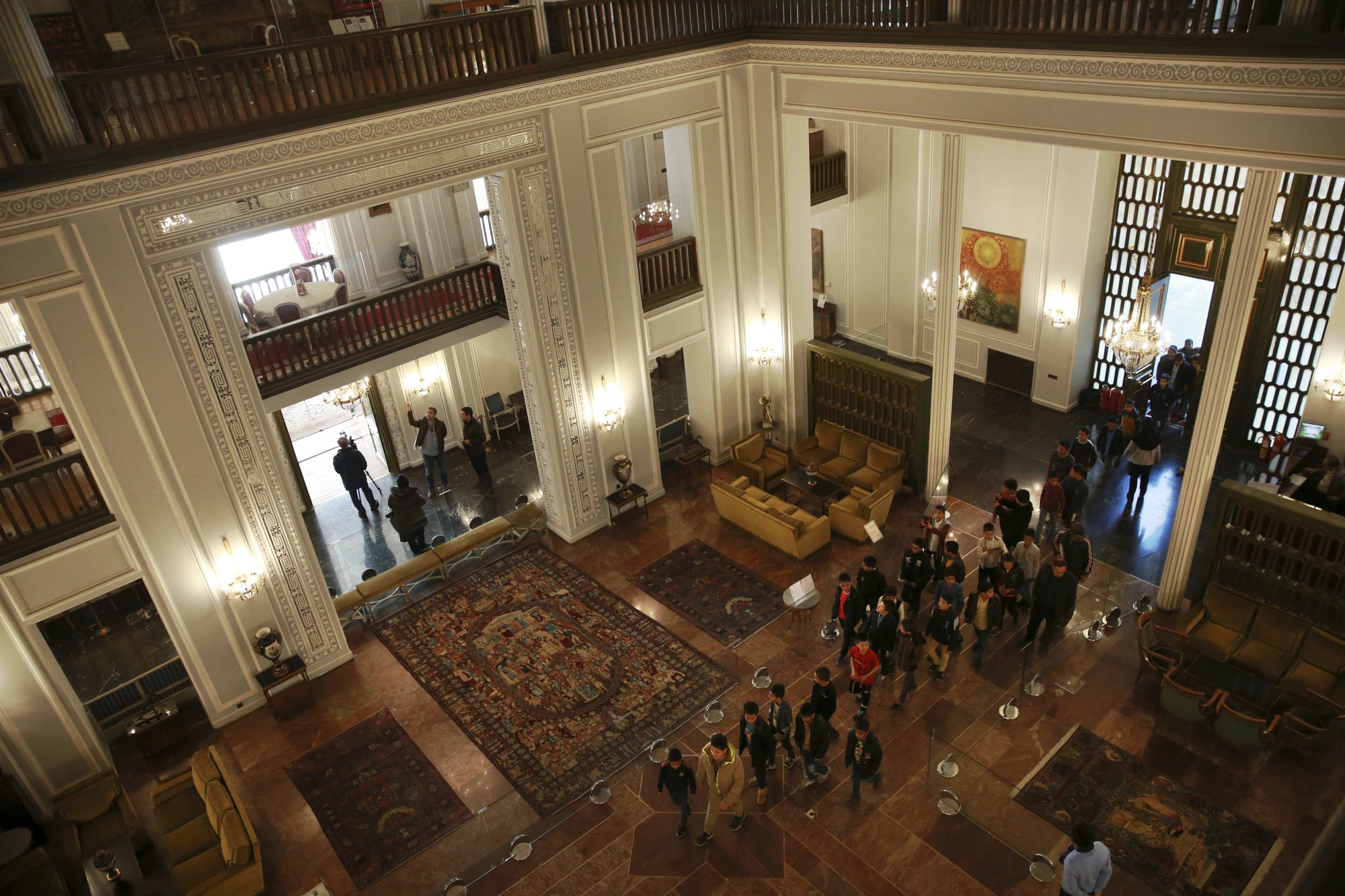 TEHRAN, Iran (AP) — The shah of Iran’s last refuge before fleeing his country in 1979 was a palatial estate nestled against the Alborz Mountains — a place no Iranian ever dreamed of visiting.

Today, it costs them around $1.

The Niavaran Palace, a complex of mansions on a 27-acre (11-hectare) plot, now welcomes the public to marvel at the luxuries the shah enjoyed as Iran’s monarch for nearly four decades.

As Iran reflects on Shah Mohammad Reza Pahlavi’s departure from the country 40 years ago on Wednesday, the palace has taken on even more meaning for those visiting and working there.

“We did what we did consciously. We were following an ideology,” said Jamal Shahosseini, who as a young revolutionary raided the palace with other demonstrators.

“When you do something consciously and with an ideology, you go until the end despite pressures,” he said.

The compound dates back to Iran’s Qajar dynasty in the 1800s, when the monarchy chose to build a summer palace on a mountainside. As Tehran grew during its oil boom years of the 1960s, the shah’s Marmar Palace near the city’s vast Grand Bazaar became increasingly untenable for the monarch to live in as political tensions against his rule grew. That included a failed 1965 assassination attempt by a member of his guard who was close to religious dissidents.

Instead, the royal family found refuge at the Niavaran Palace. The shah’s third wife, Queen Farah, had been an architecture student. She spent millions of dollars renovating the compound’s palaces. A wing of one palace became a private art gallery of pieces she purchased known as the Window to the World.

The shah would walk the grounds or speed along its roads in one of his many sports cars. A pilot, he’d fly helicopters in and out as well, staying off the streets as tensions rose.

All that spending, and long circulating rumors of embezzlement surrounding the Pahlavi dynasty, helped fuel anger against the monarchy. From abroad, Ayatollah Ruhollah Khomeini, whom the shah had forced into exile early on, called for a revolution.

As 1979 came, the pressure became unbearable for the shah, who at the time was secretly battling the cancer that would ultimately kill him in exile.

On Jan. 16, 1979, the shah left the palace for the last time by helicopter, looking out over a Tehran he never would see again.

On Feb. 11, 1979, the day the revolution took hold, protesters pushed past the remaining Imperial Guards at the compound. Among them was Shahosseini, now a 63-year-old guard at the museum. He remembers scrawling graffiti over the walls, ranging from “Viva Khomeini” to “Death to the Shah.”

“It was controlled by the Imperial Guards when we arrived. We gave them plain clothes while they were shivering with fear,” he told The Associated Press. “They thought we were Communists trying to capture the palace. We told them that we were not Communists but were Khomeini’s supporters from the Niavaran neighborhood. Then we conquered the palace.”

Today, visitors to the complex can walk the halls of the shah’s former residence and see the clothes and items they left behind. In one room, the shah’s dress uniform stands on a headless mannequin, complete with a ceremonial sword sheath. Two paintings also still remain showing the shah and his queen.

Another building in the complex includes some of the shah’s many luxury automobiles, including three Rolls-Royce and five Mercedes-Benz automobiles, six motorcycles and a snowmobile. Other museums in Iran have more.

For Fardin Asgari, a 28-year-old visitor born long after the revolution and Iran’s bloody eight-year war with Iraq, the takeaway from the French-style furniture and luxury surroundings was that “the people viewed the shah as a dictator.”

“They wanted to have a popular and elected government, not a dictatorship,” he said.

Maintenance staff at the complex try to keep the complex as it was when the shah left, including leaving Prince Alireza’s study room complete with its electric piano, stuffed kangaroo and pictures of naval warships taped to the walls. It can feel like a time capsule to another era, a feel that some get even today as Iran faces new tensions with the United States after President Donald Trump pulled America from the Iranian nuclear deal.

“Today’s pressures are for depriving us of our independence,” Shahosseini said. “We did not have any independence under the shah’s reign.”

Mummified body found in Iran could be father of last shah

40 years since the spark that began Iran's Revolution