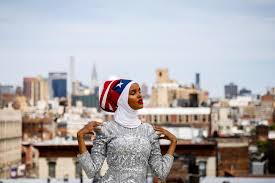 Matteo Salvini, leader of Italy’s right-wing League party, drew thousands of supporters to a rally in Milan on Saturday as campaigning intensified ahead of a March 4 election expected to give most seats to a coalition of which his party is a member.

Salvini, 44, who has pulled the League away from its original aim to secure independence for the wealthy north towards euro-scepticism and opposing immigration, told crowds in Duomo square he would put Italians first.

Several other demonstrations took place in Milan and other cities on Saturday, some inspired by recent episodes of violence, including a shooting spree by a Nazi sympathiser which injured six Africans in the town of Macerata.

In Milan, police clashed with left-wing protesters who were trying to reach a rally of neo-Fascist group CasaPound, but a large march against racism in Rome proceeded peacefully.

Far-right group Forza Nuova (New Force), one of whose members was tied up and beaten by far-left activists last week, was due to meet in Palermo, Sicily on Saturday evening.

At the League rally, Salvini climbed over two barriers and forced his way though cameras to shake hands with people who chanted and waved flags before taking to the stage.

“Those who choose the League choose a clear view, Italians first,” he said, invoking economic problems which have hardened many Italians’ attitudes against immigrants.

Big rallies have so far been notably absent from campaigning to form Italy’s 65th government in little more than 70 years, with a new electoral law leaving the outcome highly uncertain.

In the final polls published a week ago, the coalition in which Salvini looks to be playing second fiddle to former prime minister Silvio Berlusconi’s Forza Italia was in the lead.

Alongside the smaller, nationalist Brothers of Italy, the group is set to get the most seats in parliament, but looks unlikely to secure a working majority without striking further post-election deals with other parties.

Most opinion polls put Forza Italia ahead of the League, but Salvini said he was sure his party would prevail and, holding a copy of the Bible, said: “I swear to be faithful to my people.”

Whichever party gets the most votes will pick the premier.

“Salvini is the ideal man for Italy … the priority is to control the borders and then give a helping hand to the economy,” said Claudio Gaiola, 52, an electronics goods maker from Turin who sported a baseball cap saying “Salvini premier”.

Mixed messages from the coalition have made the League’s deal with Berlusconi, who cannot run for parliament himself due to a 2013 tax fraud conviction, seem uneasy at times.

“Pure League supporters aren’t happy with the alliance with Berlusconi, but we understand it’s the only way to get into government,” said Marco Sensoli, a 38 year old state employee from Rimini in northeast Italy.

The party born as the Northern League has reinvented itself as a national force and the presence at the rally of people from outside its traditional bastions suggested some in the poorer south have accepted this transformation.

“I don’t see the League as wanting to split Italy, but as wanting to resuscitate Italy,” said Immacolata Gianuzzi, a 39 year old waitress from Puglia in the heel of Italy’s boot, who now lives in Milan.