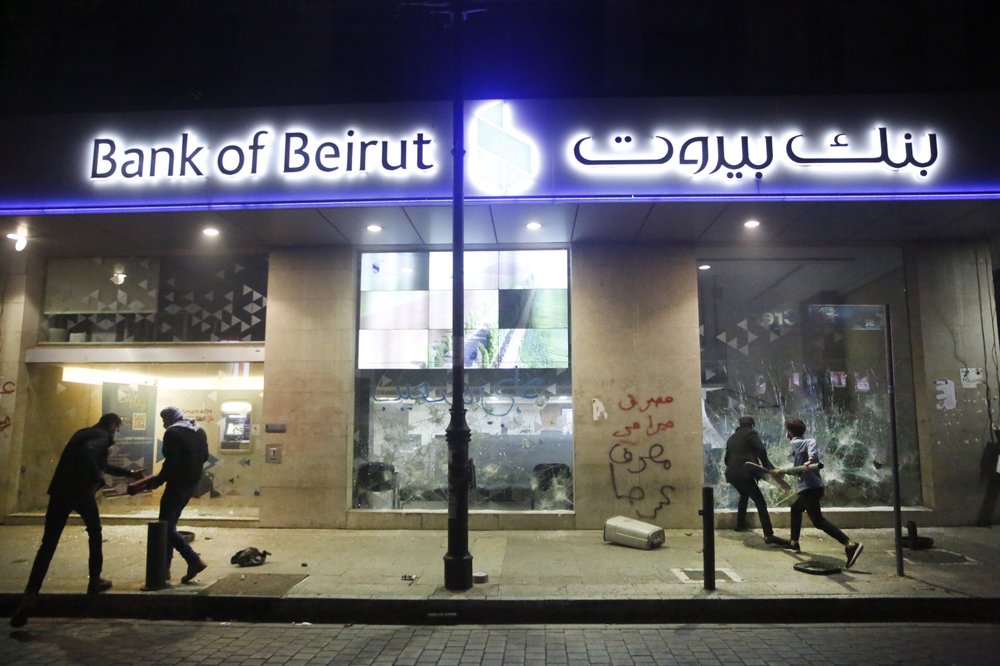 BEIRUT (Reuters) — Lebanese politicians are watching the economy collapse, the senior U.N. official in Lebanon said on Wednesday, rebuking a political elite that has failed to form a government as the country sinks deeper into economic and financial crisis.

Lebanon has been adrift since the government was toppled by the resignation of Prime Minister Saad al-Hariri in October as a result of protests against corruption and bad governance that are root causes of the economic crisis.

“Another day of confusion around the formation of a government, amidst the increasingly angry protests and free-falling economy,” Jan Kubis, U.N. special coordinator for Lebanon, wrote on Twitter. “Politicians, don’t blame the people, blame yourselves for this dangerous chaos.”

He also noted that central bank (BDL) governor Riad Salameh had requested extraordinary powers to manage the economy — an apparent reference to his request for more authority to regulate controls being implemented by commercial banks.

“Lebanon is truly unique — the BDL Governor requesting extraordinary powers to at least somehow manage the economy while those responsible watch it collapsing. Incredible,” Kubis wrote.

Seeking to avoid capital flight, Lebanon’s commercial banks have been restricting savers’ access to their deposits and blocking most transfers abroad for more than two months. The measures have not however been formalized in capital controls.

Security forces fired tear gas to disperse protesters outside the central bank on Tuesday night in confrontations with dozens of people who pelted them with stones and fireworks.

The fronts of several commercial banks and their ATMs were vandalized near the central bank.

Hariri said on Tuesday that Lebanon must cooperate with the International Monetary Fund and World Bank, but that should be overseen by a new government and not the current caretaker cabinet.

The powerful Iranian-backed group Hezbollah and its political allies last month nominated Hassan Diab, a little-known former minister, to form a new government after efforts to forge a deal with Hariri failed. But efforts to form the cabinet have been bogged down in political complications.

Image: Anti-government protesters smash a bank widows, during ongoing protests against the Lebanese central bank’s governor and against the deepening financial crisis, at Hamra trade street, in Beirut, Lebanon, Tuesday, Jan. 14, 2020. Lebanese security forces lobbed tear gas at protesters who responded with rocks outside the country’s central bank on Tuesday, a violent turn after demonstrators returned to the streets following a weekslong lull (AP Photo/Hussein Malla)

In rebuke to Lebanese leaders, U.N. says 'irresponsible' to leave country without government