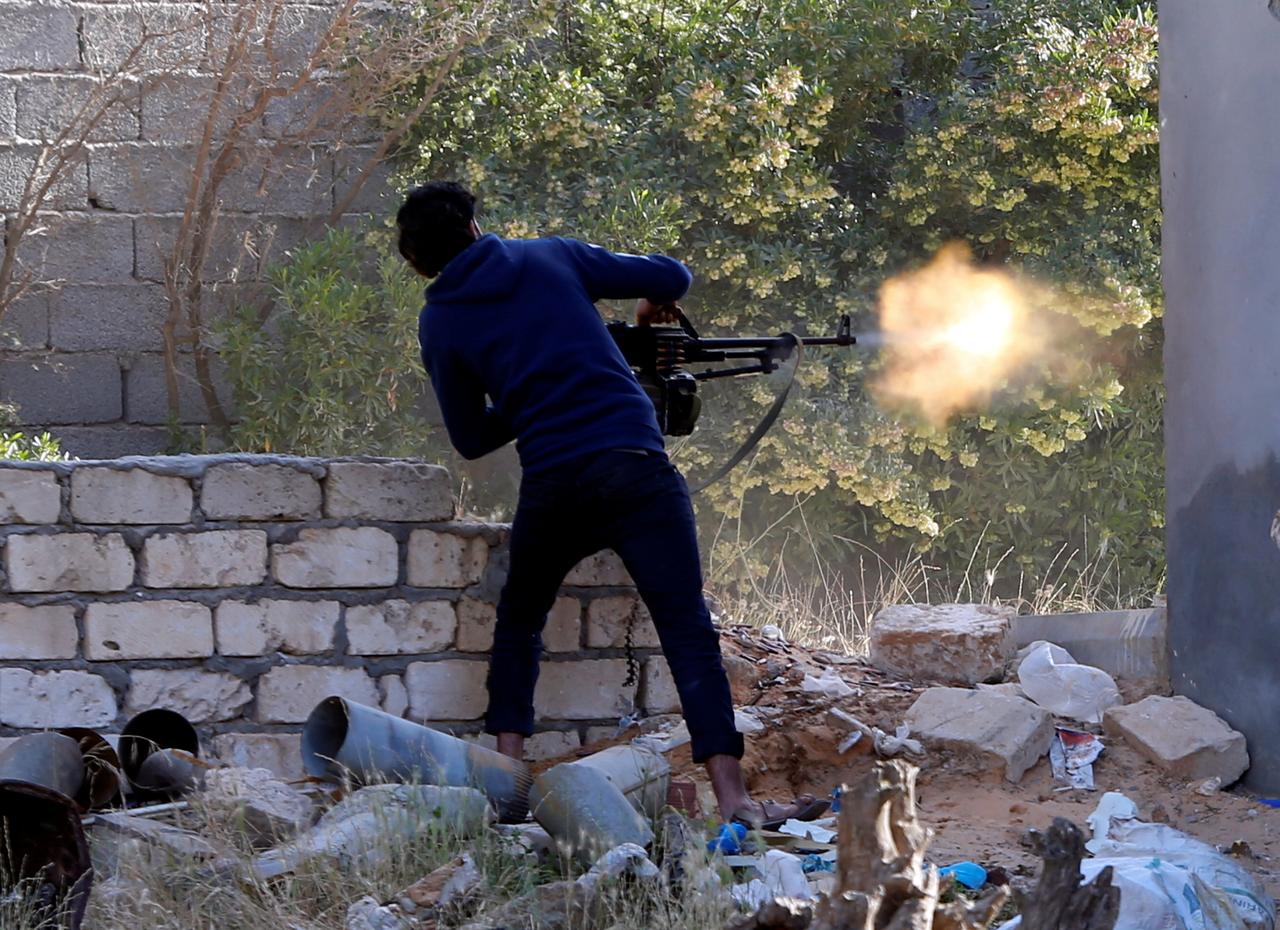 Government soldiers, some in jeans and t-shirts, took cover by abandoned buildings as they fired on Haftar’s positions. Some carried anti-aircraft guns they had to remove from their trucks to get through the narrow streets.

Haftar’s Libyan National Army (LNA), which is allied to a rival administration in eastern Libya, mounted an offensive on Tripoli three weeks ago but has failed to breach defenses in the city’s south despite heavy fighting.

The battle for the capital has all but wrecked UN-backed efforts for a peace deal between the rival factions and threatened to further disrupt Libya’s oil industry.

Two eastern operations of state oil firm NOC – which have in the past made broad statements backing Haftar – on Sunday for the first time specifically said they supported his offensive. The NOC as a whole has tried to stay out of the conflict.

A Reuters team visiting the southern neighborhood of Ain Zara on Sunday estimated the Tripoli forces had gained up to 1,500 meters compared to a visit a few days earlier.

Other parts of the frontline appeared unchanged and the situation remains fluid. Both sides have gained and lost territory within days or even hours during the fighting.

“We are progressing. We are now in the phase of expelling the enemy from the capital,” Salah Badi, a commander from the western city of Misrata fighting the LNA, told Reuters.

The role of commanders such as Badi have complicated the situation, diplomats say. The UN Security Council and the US Treasury last year issued asset freezes and travel bans against Badi for his involvement in a September 2017 attack on forces allied to Tripoli’s government that triggered weeks of fighting.

The former enemies have now united to fight the LNA but forces loyal to Haftar have said the Tripoli administration is controlled by “terrorist militias” they are fighting to expel.

Tripoli’s supporters have accused Haftar, a former general under Muammar Gaddafi, of making a power grab with foreign backing.

The North African country has been in a state of chaos since Gaddafi was toppled in 2011 with Western intervention. The latest flare-up threatens to leave a power vacuum that Islamist militants could exploit.

Two NOC units based in areas under Haftar’s control issued statements supporting the offensive on Sunday, a day after their Tripoli headquarters had condemned all military use of its facilities.

Benghazi-based AGOCO congratulated Haftar’s forces “on the success and progress in its striving against extremist terrorist militias and militias which steal public funds”.

Haftar’s forces said on Saturday they had sent a warship to the eastern Ras Lanuf oil port for “training purposes”.

A port engineer said the ship’s arrival had not affected oil exports.

Pope appeals for evacuation of refugees in Libya camps

After Tripoli assault, Libya's next battle could be over banks