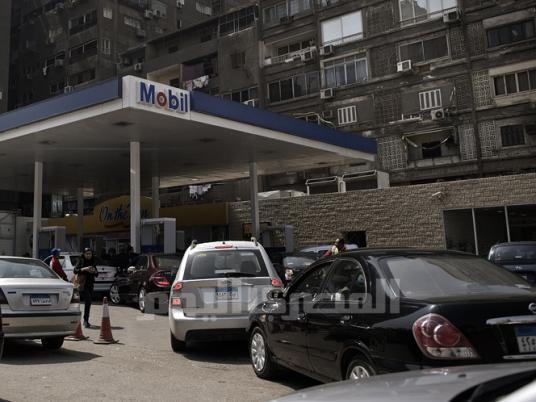 The Egyptian government has announced that it will lift the subsidy on 95-octane gasoline in the coming week, taking the first step toward implementing an International Monetary Fund-approved economic reform plan.

Officials are trying to demonstrate their willingness and capacity to execute bold reforms to reduce a ballooning deficit, a precondition for the country to receive US$4.8 billion from the IMF, whose delegation has been in Cairo for the past week.

Ministry of Finance figures put the country's deficit for the second quarter at its highest yet, LE70 billion. Officials have said a broad reform plan should be announced soon.

And subsidies on 95-octane gasoline, usually used for luxury or sports cars, will be the first to go, Minister of Finance Momtaz al-Saeed told Shura Council members last Sunday. The subsidy lift is expected to take effect this week.

“This measure is more symbolic than anything," said Amr Adly, director of the Social and Economic Justice Unit at the Egyptian Initiative for Personal Rights.

Subsidies on 95-octane fuel amount to LE55 million, a fraction of the LE35 billion the government is looking to save by cutting energy subsidies, Adly said.

Only a very small minority of Egyptians own cars that run on 95-octane, and those who do can afford to pay market price for their gas.

According to the Ministry of Finance, energy subsidies cost over LE95 billion in fiscal year 2011/12, but some experts say the real tab could have been up to LE115 billion.

According to this year's budget, the government will cut LE70 billion worth of subsidies in fiscal year 2012/13. Gasoline accounts for approximately 22 percent of all energy subsidies.

Most consumers who use the more expensive gasoline are prepared to accept the reform.

“I am ready to pay for more expensive 95 fuel," said Sami, who owns a Volkswagen Golf but declined to give his last name. “But it depends on how much the increase will be."

He said he would pay up to LE4 per liter, but if the new price exceeds that, he'll switch to the lower grade 92-octane gasoline.

"I cannot borrow money just to be able to use my car," he said.

Cars that run on 95-octane also typically accept the lower grade 92-octane, which costs LE1.85 per liter. The former is the purest and the most environment-friendly gasoline, but also the most expensive.

The government's cost-cutting measure will likely have little effect if more people like Sami decide to use the cheaper 92-octane fuel.

As a result, this price hike could also dissuade drivers from buying environmentally safe cars.

“I am ready to pay the tax but I don’t understand why the government increases the tax of most environment-friendly gasoline," Sami said. "I lived four years in Algeria and there the 95 fuel is the cheapest."

He says the government is trying to make a political point.

“The government just wants to show they will make the rich contribute to give more to the poor," he said.

“This is the easiest measure for the government," said Adly.

The government will have to implement much more stringent and painful measures to reach its spending cut target, he said.

Prices of 90- and 92-octane gasoline are also set to increase in the near future. While they are more commonly used, they yet do not represent the bulk of the energy subsidies.

“Diesel accounts for 55 percent of all energy subsidies," said Adly. “Any broad reform of the subsidies will have to curtail diesel subventions."

Diesel is mostly used by industrial, transportation and distribution companies. According to Adly, an increase in the diesel price is much more likely to hit the entire economy, as almost all businesses need diesel fuel.  Eventually, he said, the general population will eventually foot the bill.

“There is a paradox: cutting diesel subventions seems to affect the rich but the indirect effect of the measure will touch all the population," Adly said. "And as always, the most fragile will be the first victims."

The political cost of such a move would likely be high for the government.

But government officials are also up against a wall, as the public finance situation continues to worsen.

“There is no good solution,” Adly said. “The government is in a delicate situation: it does not want to institute painful measures before the parliamentary elections, but the approval of the IMF loan requires quick action."

The subsidy cut for 95-octane gasoline is the first part of a much broader spending cut plan toward completely reshaping public spending.

The Ministry of Finance has also announced its intention to institute smart cards to control more effectively the distribution of subsidized goods such as gas canisters or low-octane gasoline. Officials say they also plan to increase sales and mobile phone taxes.