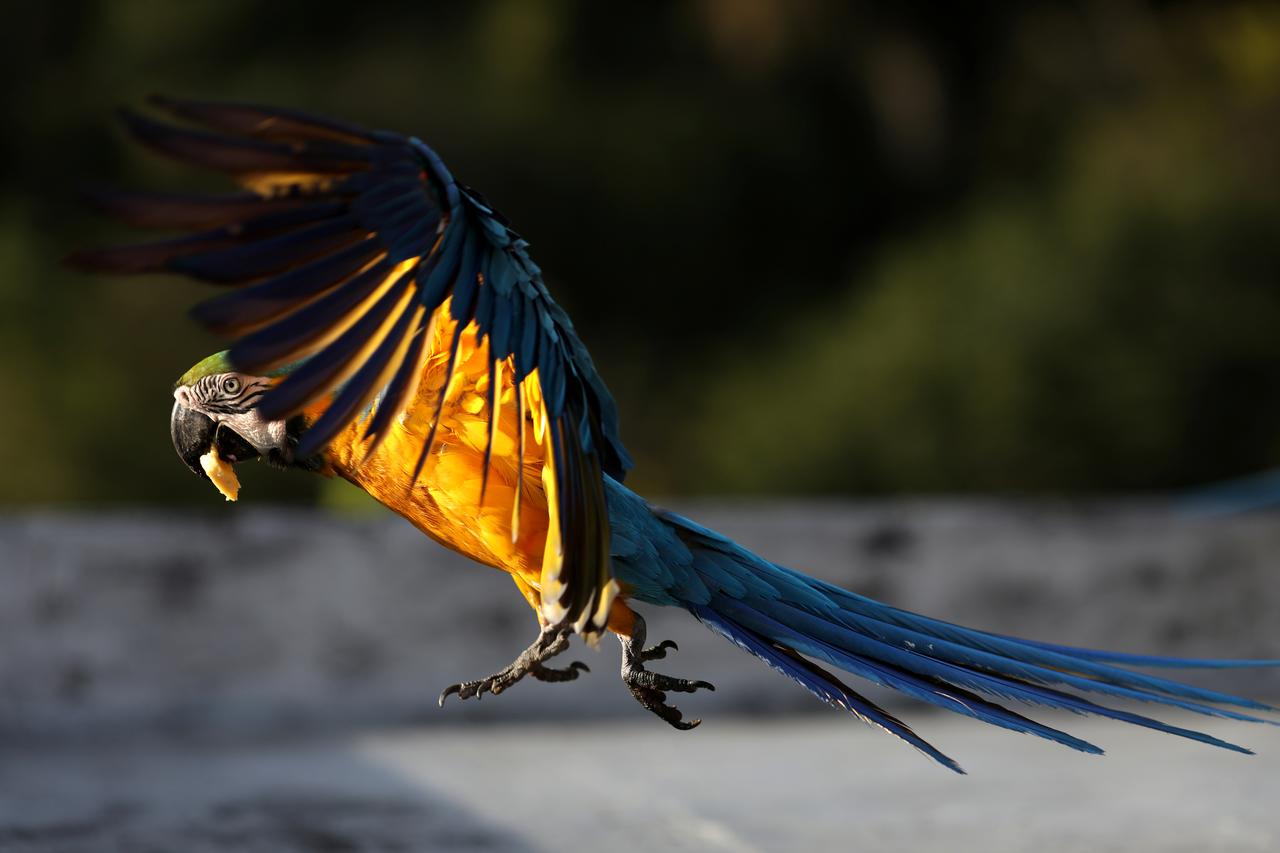 CARACAS (Reuters) – Looking for an escape from the daily realities of crisis-ridden Venezuela, Carmen Gomez finds solace receiving visitors on the roof of her Caracas apartment building every morning: groups of blue and gold macaws that arrive at daybreak.

Gomez, a 49-year-old alternative medicine therapist, sat one bright morning in May on top of her 11-story building with a can of sunflower seeds and a tray of bananas to await their arrival.

After nearly an hour, two macaws landed on the roof. A third swooped out of the sky and casually perched on her head – releasing two of the typical squawks that often resonate across the city.

“This one decided that she’s mine – or rather that I’m hers,” said Gomez, who says she recognizes the bird because of a mark on its beak. “I think they’ve turned into the therapists of Caracas,” she said, unfazed by the bird impatiently pecking her forehead as she peeled a banana.

Long described as a bright spot in a city that has been in decline for years, Caracas’ macaws have become a mechanism of escape from the daily grind of finding potable water, struggling with collapsing internet and avoiding crime-ridden streets.

The simple contact with the increasingly people-friendly macaws, some varieties of which are threatened by animal trafficking, has become an alternative to pricey movie outings or trips to the beach that used to help people unwind.

A 2015 study found that Caracas has between 200 and 300 blue and yellow macaws, which are believed to have come from the jungles of southern Venezuela, according to biologist Maria Gonzalez of Simon Bolivar University.

No population studies have been carried out since then for lack of funds, said Gonzalez, adding that it is difficult to track the birds with transmitters because they remove them.

Vitorio Poggi, 75, has fed macaws for decades after becoming fascinated by one that followed him while he was riding his motorcycle in the 1970s.

“I love the way they fly, especially because they fly in pairs,” said Poggi in his home outside Caracas, where he currently feeds around 20 of the birds twice a day.

Image: A macaw flies over a rooftop of a building with a piece of banana in its beak in Caracas, Venezuela, June 12, 2019. Picture taken June 12, 2019. REUTERS/Manaure Quintero NO RESALES. NO ARCHIVES.

Rioting breaks out in Venezuela amid 'attempted coup'