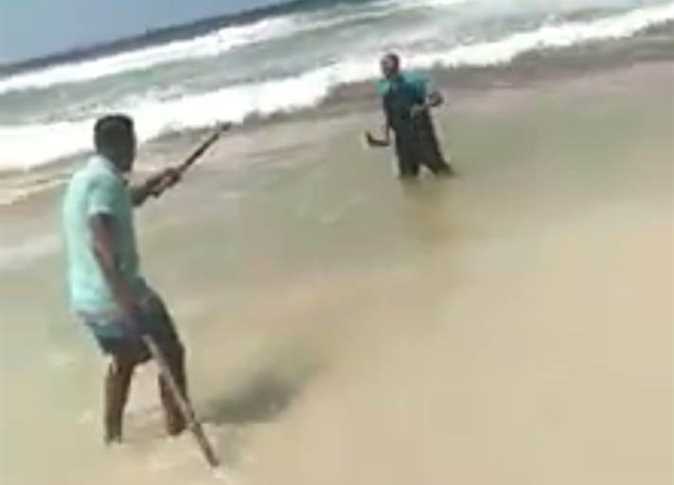 An Alexandrian beach became the site of a grisly murder on Friday when a 40-year-old man was stabbed to death after reportedly defending his wife from an unstable harasser.

Reports state that a fight began between the two men, one a painter and the other unemployed, which ended in the painter dead with fractured skull bones and stabs across his body.

The incident was referred to Director of Alexandria Security Mohamed al-Sharif, and investigations suggested that the fight started over the painter’s wife being sexually harassed by the other man.

Eyewitnesses claimed the fight actually began when the man started harassing the painter’s dog, leaving it unclear whether sexual or general harassment was occurring.

The killer was arrested right after the crime and is currently being for 15 days pending investigations.

A video of the fight posted to social media shows the woman screaming next to her husband’s body, his blood mixed into the water. It quickly became viral, inspiring outrage and horror.

The criminal’s lawyer, Wessam Mohamed al-Nour, claimed his defendant was a mentally ill man who had escape from Mamoura Mental Hospital, having refused treatment. He also denied that any sexual harassment occurred.

Ahmed Hegazi, head of the Central Department of Tourism and Resorts in Alexandria, said that they had urged authorities to provide more police personnel on beaches during summer vacation, but received no response.