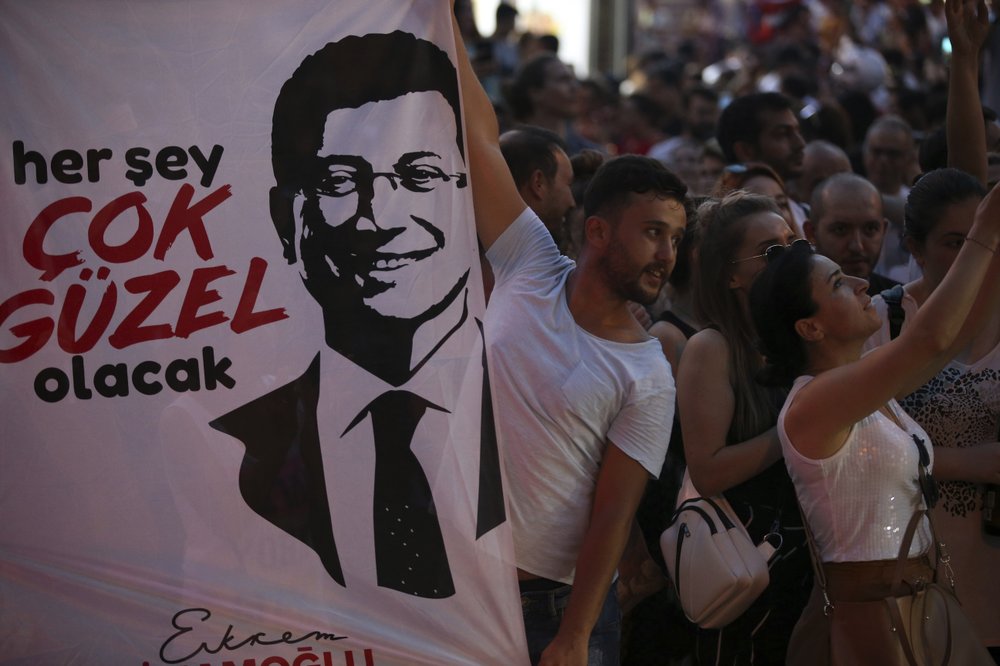 ISTANBUL (Reuters) — Istanbul’s new mayor has said Turkey’s state banks stopped making routine loans to the city after a June election in which he pulled off a shock victory over President Tayyip Erdogan’s ruling AK Party (AKP), forcing it to borrow from abroad.

Mayor Ekrem Imamoglu, of the main opposition Republican People’s Party (CHP), told reporters on Sunday that Turkey’s largest city needs more than 20 billion lira ($3.50 billion) in financing, more than half of it for stalled metro projects.

Imamoglu, back in Istanbul after a fundraising tour of European capitals, said all municipal transactions and salary payments were made through state banks.

The city would increasingly lean on foreign lenders and private Turkish banks, he said.

“State banks are not even extending routine loans after the elections to Istanbul municipality. The doors of state banks are closed to us,” Imamoglu said of the city of around 16 million.

“I condemn the managers of these banks who show this kind of attitude towards the municipality. I have been patient for the past five months,” he added.

The Treasury did not immediately respond to a request to comment on the lending by state banks, which account for about 40% of overall Turkish loans and deposits.

In a June re-run poll, Imamoglu’s decisive victory ended 25 years of rule in Istanbul by the Islamist-rooted AKP and its predecessors, handing Erdogan one of the most painful setbacks of his political career that began as mayor of the city.

Imamoglu, seen by some as an eventual presidential contender for the secularist CHP, has visited Paris, Berlin and London this month in part to seek financing for underground rail projects stalled for two years.

The CHP also defeated the incumbent AKP earlier this year in the capital Ankara.

Its new mayor, Mansur Yavas, said last week the central government had “disregarded” a previous deal over metro costs and also cut the city’s shares by 5%, leaving Ankara “under a serious financial burden”.

The government has leaned on state banks to kick-start lending since last year’s financial crisis and recession.

According to research published in January, the banks have “systematically” adjusted lending patterns around elections in the last 15 years to boost provinces where incumbent mayors from the ruling party faced tough challenges.

State banks also cut lending in provinces where opposition mayors faced tight elections, said the paper, published by researchers at the European Bank for Reconstruction and Development and London School of Economics.

“It would not be right for them not to give permissions,” he said.

Additional reporting by Tuvan Gumrukcu in Ankara and Ebru Tuncay in Istanbul; Writing by Ezgi Erkoyun; Editing by Jonathan Spicer and Gareth Jones