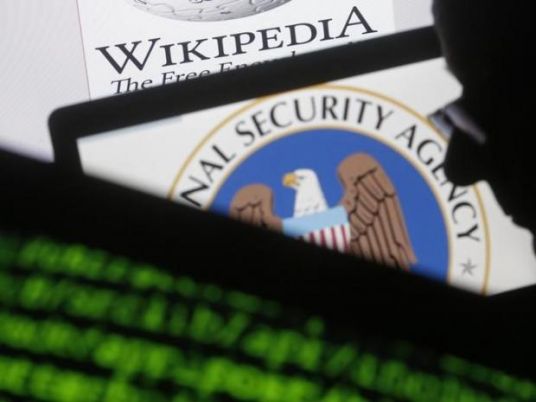 Germany has halted its Internet surveillance for the US National Security Agency (NSA) in response to a row over the BND intelligence agency's cooperation with Washington, German media reported on Thursday.
Allegations that the BND has helped the NSA spy on European officials and firms has put strains on Angela Merkel's governing coalition with the Social Democrats (SPD) and could damage US relations and even the conservative chancellor's own popularity.
An INSA poll on Wednesday showed that 62 percent of Germans think the BND row threatens Merkel's credibility. Ultimate responsibility for the BND lies with her office.
The Sueddeutsche daily and WDR and NDR broadcasters reported that the BND's station in Bad Aibling this week stopped sending the NSA information garnered from Internet surveillance.
The step was taken after the NSA refused to provide clear justification of each request for surveillance of individuals or organizations, a condition agreed by the BND and chancellor's office. The condition is already required for fax or phone surveillance.
The BND and German government declined to comment.
Surveillance is a sensitive issue in Germany as a result of the extensive snooping by the Stasi secret police in Communist East Germany and by the Gestapo in the Nazi era.
Revelations by former US intelligence contractor Edward Snowden about wide-ranging NSA espionage in Germany caused public outrage when they first surfaced a couple of years ago.
The SPD has put Merkel in the spotlight over the allegations and wants the list of 'selectors' – IP addresses, search terms and names – the BND had been tracking for the NSA made public. These are widely seen as being crucial to establish whether the BND was at fault in helping the NSA.
So far Merkel has ruled that out, saying it must be agreed with the United States, and she has defended cooperating with US agencies to fight international terrorism. She says she would answer questions by a German parliamentary committee.
A close Merkel ally, Interior Minister Thomas de Maiziere, has faced calls to resign but denies he lied to parliament over the BND's cooperation with the NSA.