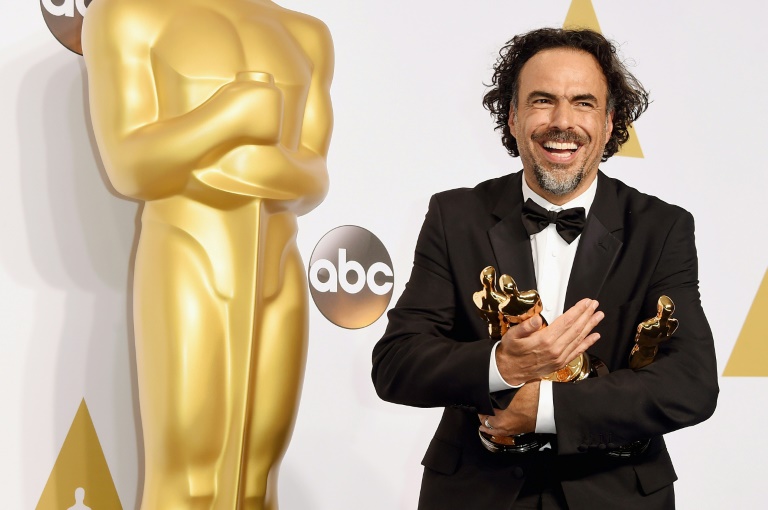 The five-time Oscar-winning Mexican director Alejandro Gonzalez Inarritu is to head the jury at this year’s Cannes film festival, the organizers said Wednesday.

The 55-year-old is one of the “three amigos” of Mexican filmmakers who have dominated the Academy Awards in recent years alongside Alfonso Cuaron, the best director winner this year with “Roma” and last year’s victor Guillermo del Toro for “The Shape of Water”.

He is also one of only three filmmakers ever to have won the Oscar for best director back-to-back — for “Birdman” in 2015 and “The Revenant” a year later.

“Not only is he a daring filmmaker full of surprises, Alejandro is also a man of conviction, an artist of his time,” Cannes director Thierry Fremaux said.

Inarritu made his big breakthrough at Cannes in 2000 with his breathtaking debut, “Amores Perros”, a gritty overlapping panorama of Mexico City that introduced the world to the actor Gael Garcia Bernal.

It won the sidebar Critics’ Week prize and was later pipped for the best foreign language Oscar by “Crouching Tiger Hidden Dragon”.

Having been the first Mexican director ever to be nominated for an Oscar, he is now the first to head the jury at Cannes, which sees itself as the “Olympics of cinema”, with movies from every corner of the globe.

Inarritu, who rarely sits on festival juries, said he would apply himself to the task with “passion and devotion”.

“Cinema runs through the veins of the planet and this festival has been its heart,” he added.

She also led red carpet protests to demand an equal place for women in Hollywood.

Fremaux said the festival was “particularly proud” to have made space for Inarritu’s 2017 virtual reality installation “Carne y Arena” in its official selection.

The VR show allowed people to put themselves in migrants’ shoes and “addressed the question with great strength and humanity”, Fremaux added.

Unlike Cuaron, whose Oscar-winning masterpiece “Roma” was backed by Netflix, Inarritu has never made a film with the streaming giant.

Cannes and Netflix got into a bitter spat last year after the US giant boycotted the festival in protest at the festival’s insistence that films in competition must follow French rules on streaming.

Under a French law to protect cinemas, streamers must wait 36 months after a film’s cinematic release before they put it online.

Consequently “Roma” and several other Netflix films have not made it to general release on the big screen there.

However, both sides have since walked back from the clash, with Netflix boss Reed Hastings admitting that they may have gone too far.

“Sometimes we make mistakes. We got into a bigger situation with Cannes than we meant to,” he said.

The Cannes film festival will run from May 14 to 25.