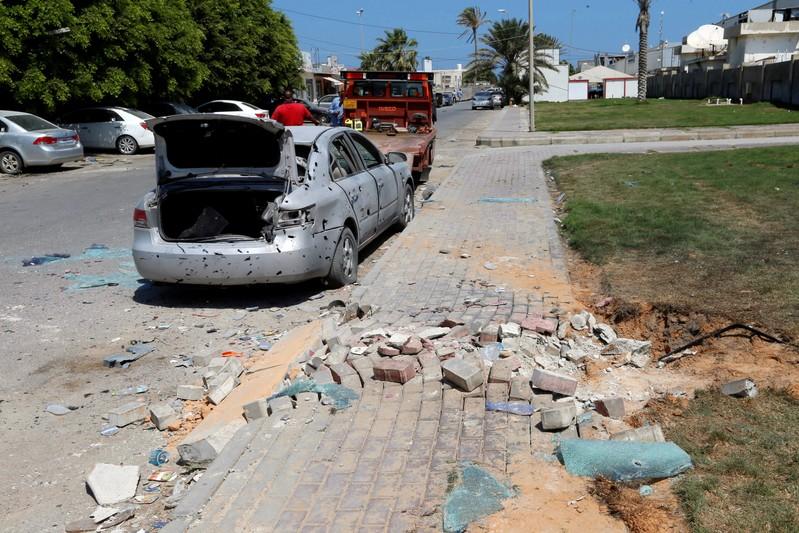 TRIPOLI (Reuters) – A missile hit the car park of Libya’s only functioning airport in Tripoli on Saturday, forcing flights to be grounded for almost three hours before operations resumed, the airport and a witness said.

The airport said on its website that Mitiga airport “was exposed to a missile, coinciding with the arrival of two flights.” Nobody was hurt, a witness said.

“I was inside the terminal booking a flight…then I heard a massive explosion,” the witness told Reuters by phone.

“There was big chaos and people were trying to escape. ..I saw a number of cars parked in front of terminal damaged.”

Mitiga airport has been repeatedly hit since eastern forces loyal to Khalifa Haftar launched an offensive to take the Libyan capital, now held by the internationally recognized government.

The attacking forces have been unable to breach Tripoli’s southern defenses.

More than a hundred migrants feared dead off Libya coast