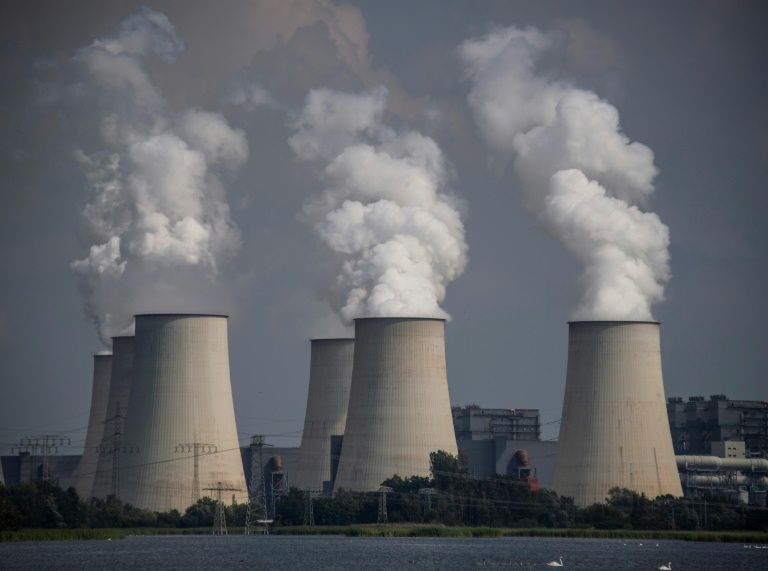 Some 60 world leaders came together at the UN Monday for a “climate emergency” summit aimed at reinvigorating the faltering Paris agreement, at a time when mankind is releasing more greenhouse gases into the atmosphere than at any time in history.

From heat waves to slow-crawling hurricanes to rapidly acidifying oceans, the impacts of global warming are being felt more than ever before, yet the gap between carbon reduction targets demanded by scientists to avert catastrophe and actions thus far taken is only widening.

“The climate emergency is a race we are losing, but it is a race we can win,” said Secretary-General Antonio Guterres in a statement issued before the summit formally opened, which announced that 66 countries have now signaled their intent to achieve carbon neutrality by 2050.

At present, only around 20 countries have incorporated the pledge into their national law or made concrete policy plans to implement it. The European Union hopes to achieve a consensus between its members by 2020.

In another early announcement, French President Emmanuel Macron, who has made the protection of rainforests a signature issue, invited his counterparts from Chile, Colombia and Bolivia to a meeting where $500 million in extra funds were pledged by The World Bank, Inter-American Development Bank, and non-profit Conservation International.

The summit comes as a new, youth-led movement has emerged and re-energized climate activism, symbolized by Swedish teen Greta Thunberg who will take the podium in the morning following a speech by Guterres.

Thunberg along with millions of others around the world rallied on Friday, calling for climate justice and for the voices of the younger generations who will be most affected by increasing extreme weather events to be heard.

Fewer than half the 136 heads of government or state in New York this week to attend the UN General Assembly will be present Monday.

Among the list of those absent will be US President Donald Trump, who pulled his country out of the Paris Accord upon taking power and has made slashing environmental regulations a key part of his platform.

But he denied that his absence was a “snub,” telling reporters Sunday he was seeing people affected by flooding in Houston.

Others absent are President Jair Bolsonaro of Brazil, under whose leadership the Amazon rainforest is continuing to burn at record rates, and Australian Prime Minister Scott Morrison whose government has pursued an aggressively pro-coal agenda.

China, the world’s biggest carbon emitter by far but also a leader in the renewables sector, will be present and represented by foreign minister Wang Yi, with Guterres hinting last week that the East Asian giant will be committing to new measures.

Laurence Tubiana, CEO of the European Climate Foundation and one of the architects of the Paris agreement, told AFP the summit represented a “moment of truth” but was also taking place at a time of great political headwinds.

“There’s a tension between the countries that want to go ahead to translate their goals into real policies” and those that do not, she said.

“We can hope for the best, that this group of progressive countries and actors and local authorities prepare for the second wave, to demonstrate that this is where modernity is, where progress is, and even where economic growth could be.”

India’s Prime Minister Narendra Modi will speak in the morning session, along with the leaders of New Zealand, the Marshall Islands, and Germany’s Angela Merkel.

Like China, India is coal-addicted, but has also set itself highly ambitious renewable energy targets, particularly in solar.

Guterres has asked countries to bring “concrete, realistic plans” to enhance commitments made in 2015 in Paris toward the goal of limiting long-term warming to less than 2 degrees Celsius — and ideally 1.5 degrees Celsius — over pre-industrial levels.

These are deemed important to avoid hitting a number of so-called “tipping points,” like the melting of polar permafrost, that could trigger irreversible warming and fundamentally alter weather events and ecosystems.

But officials have also been careful to manage expectations and say Monday’s summit is also a run-up event to the 2020 UN climate summit that the UK will host in Glasgow.

Ahead of the summit, 87 firms under the “We Mean Business” coalition pledged to slash their emissions.

The UN published a report on the eve of the summit that said the five-year period ending 2019 was set to be the hottest ever, the latest grim reminder that climate change is already a reality.

“Our global carbon credit is maxed out,” said Dave Reay, a professor and chair in Carbon Management at the University of Edinburgh, commenting on the report.

Image: AFP/File / John MACDOUGALL A brown coal power plant in Germany: humans are releasing more greenhouse gases into the atmosphere than at any time in history

From the streets to the summit: young climate leaders mobilize at UN