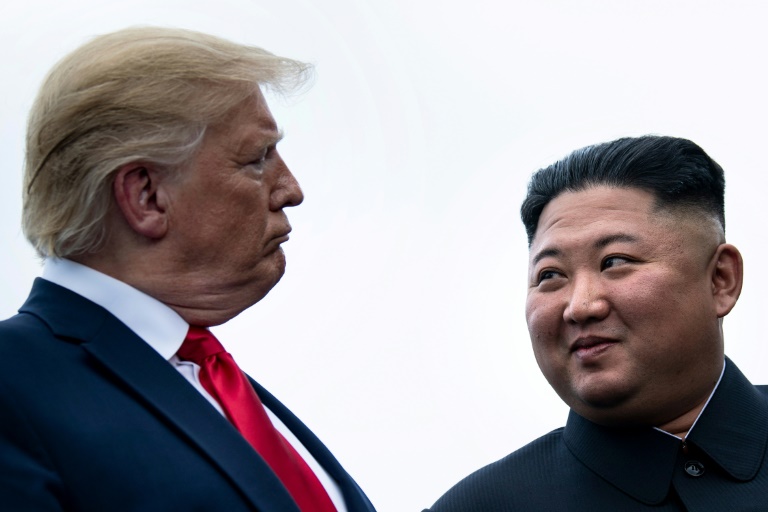 South Korean President Moon Jae-in on Tuesday hailed the third meeting between Donald Trump and Kim Jong Un in the Demilitarized Zone as the result of an “astounding imagination” and thinking outside the box.

All three held an impromptu encounter at the truce village of Panmunjom on Sunday when Trump became the first sitting US president to set foot in North Korea and agreed with Kim to resume working-level talks, which had been deadlocked since the collapse of their second summit in Hanoi in February.

The gathering was proposed by Trump via Twitter a day earlier, offering to meet Kim at the border to “say hello”, with the North delivering an unusually fast response.

Moon — whose administration had been excoriated by the North only last week and told it had “nothing to meddle in the dialogue” — praised both men’s actions.

“That extraordinary proposal and bold response is the result of an astounding imagination that goes beyond common sense,” Moon said. “This is unthinkable in the existing diplomatic grammar.”

The dramatic DMZ meeting was full of symbolism, and while it did not produce a formal communique both sides said afterwards that they would continue working-level talks to restart the stalled nuclear negotiations.

It was a “de-facto declaration of an end to hostile relations and the beginning of a full-fledged era of peace”, said Moon, who has long promoted engagement with Pyongyang.

Moon was instrumental in brokering the landmark summit between Trump and Kim — the first meeting between a sitting US president and a North Korean leader — in Singapore last year which produced only a vaguely worded pledge about denuclearization.

A second meeting in Vietnam in February collapsed after the pair failed to reach an agreement over sanctions relief and what the North was willing to give in return.

Contact between the two sides has since been minimal — with Pyongyang issuing frequent criticisms of the US position — but the two leaders exchanged a series of letters before Trump issued his offer to meet at the DMZ.

Analysts have been divided by Sunday’s events, some saying they spurred new momentum into deadlocked nuclear talks, while others described them as “reality show theatrics”.

Image: AFP/File / Brendan Smialowski The dramatic DMZ meeting was full of symbolism both sides said afterwards that they would continue working-level talks to restart the stalled nuclear negotiations