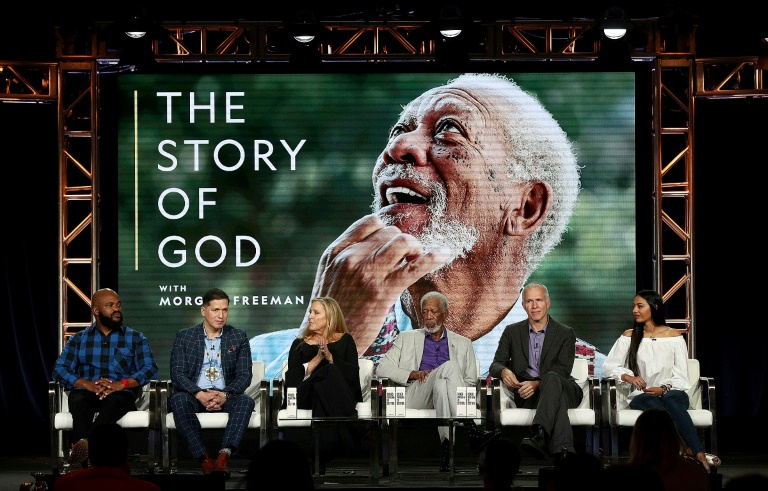 During his career as an actor, Morgan Freeman has played the role of God. In real life, he claims to be “undeniably” a believer.

Now, the Oscar winner has traveled more than 120,000 kilometers (more than 74,000 miles) and visited 30 cities to try to unravel mysteries of spirituality around the world.

Is there a God? What about the devil? How do people experience it? What is behind the secrets of different faiths?

Freeman told AFP that on this long journey he understood that religion, belief in a God, serves as “society’s glue.”

“In almost every society, whatever the religion is the point is to keep the people together functioning as a unit,” he said.

The third season of “The Story of God,” which has six episodes, premieres March 5 on National Geographic.

It sees Freeman spend time with “living goddesses” in Nepal; look at the supposed crown of thorns worn by Jesus in the cathedral of Notre Dame in Paris; meet a “medium” in Vietnam; and experience the Church of the Nativity in Bethlehem.

The season was put on hold after accusations of sexual harassment against the Oscar winner. But National Geographic opted to continue with the series after an investigation.

Asked if he thought the accusations affected his reputation, or career, Freeman was firm. “No,” the 81-year-old actor replied dryly before ending the interview.

The series goes into great detail in its analysis of religion and rituals, but avoids addressing current issues — such as pedophilia scandals that plague the Catholic Church worldwide.

“I think that one of the things that we pride ourselves on is really shining a light on the goodness and wellbeing,” said Lori McCreary, executive producer of the show with James Younger and Freeman.

“And you know sometimes we talk about what’s different in religion and what’s what causes people to be separate.

“But I also think that one of the points of this, especially with Morgan at the helm, is to bring people together. And then if there is news about what is happening in the Catholic Church, that is being covered well by other media.”

And when asked about the role religion plays in many world conflicts and the growing influence it has on the government of Republican President Donald Trump, he argued that faith and politics should be kept separate.

“You know one of the things we find in the series is that if you look at the big ideas of religion they overlap,” Younger added.

“Belief in the value of human life, of justice, and togetherness, and all of those things which overlap in its outlook. (Yet) looking at the small details of fate, you get assigned differences. And the more a country … uses details for a political agenda, the more people are divided.”

Jesus flick, from an Egyptian perspective