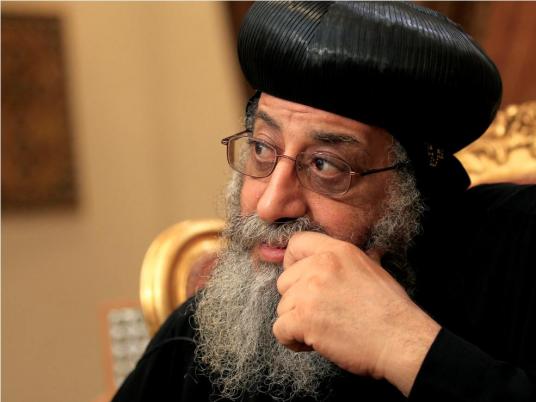 and a year full of love and prosperity, according to German news agency DPA.

Morsy entrusted the pope with sending his message to Copts in Egypt and abroad, presidential spokesperson Yasser Ali said in a statement Sunday.

Badie and Morsy’s wishes come as a move to calm fears of Coptic Christians, who make up between six and 10 percent of the country’s 83 million people. Many Christians were outraged recently by a fatwa issued by the ultraconservative Islamic Legitimate Body of Rights and Reformation — which includes among its members Brotherhood Deputy Supreme Guide Khairat al-Shater — banning Muslims from wishing Christians a merry Christmas.

Tawadros said Saturday that such a fatwa greatly hurt Christians, and told the private channel MBC Misr that “society should tell anybody who prohibits congratulating Copts that this is wrongdoing.”

Morsy was invited to attend Tawadros’ enthronement ceremony in November, but he didn’t attend. The pope was chosen on 4 November, succeeding Pope Shenouda III, who died in March after four decades on the patriarchal throne.

Police also intensified their presence around churches and monasteries in Luxor Sunday.