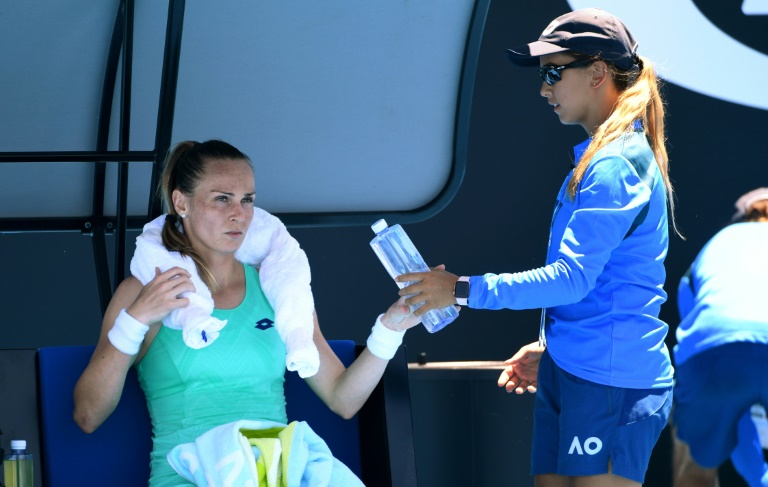 A new extreme heat policy that dictates when it is safe to play will be introduced at next month’s Australian Open to better deal with frequent oven-like conditions on court.

The “Heat Stress Scale” will be used for the first time at a Grand Slam to help prevent players from fainting and suffering exhaustion, relying on more weather-measuring devices at Melbourne Park.

Organizers said it followed “cutting-edge research and testing into the specific effects of heat stress on tennis players”.

New rules will allow for a 10-minute break between the second and third sets in women’s singles matches when a four — on a scale of one to five — is recorded on the HSS prior to or during the first two sets of a match.

Men will get a 10-minute breather after the third set if a four is reached.

If the heat stress scale goes to five, play can be suspended.

Tennis Australia chief medical officer Carolyn Broderick said the scale took into account the effects of heat on the human body including the maximum stress an athlete can safely withstand, the sweat rate of that person and their core temperature.

“The scale also accounts for the physiological variances between adults, wheelchair and junior athletes while also taking into account the four climate factors — air temperature, radiant heat or the strength of the sun, humidity and wind speed.”

Previously, organizers could only activate the extreme heat policy and halt play or close roofs when the temperature exceeded 40 degrees Celsius (104 degrees Fahrenheit) and the Bureau of Meteorology’s wet bulb globe temperature index — which is used to estimate heat stress in humans — hit 32.5 Celsius.

Suffocating weather at Melbourne Park has caused serious problems with players in the past.

Among those suffering at the 2018 tournament was Gael Monfils, with fears for his health in a mid-afternoon match against Novak Djokovic.

The Frenchman, known as one of the fittest players on tour, looked dazed and confused in his second set and eventually received medical assistance.

He said afterwards he was “dying” on court, while France’s Alize Cornet had her blood pressure and pulse monitored by a doctor during a medical timeout, saying later she was going to faint.

One of the worst years for heat at the Open was 2014, when many players were in trouble.

Among them was Blaz Kavcic who was placed on a drip, while Frank Dancevic said he was hallucinating about cartoon character Snoopy in his dazed state.