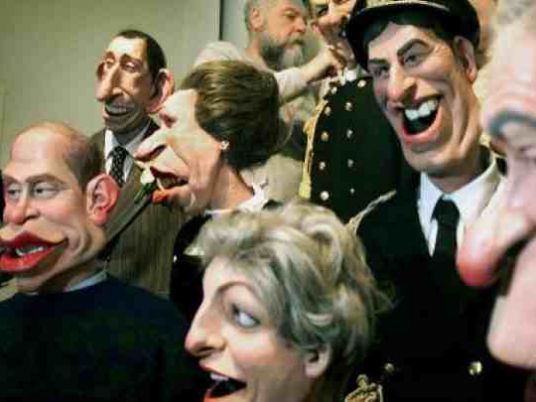 Nearly 20 years after iconic TV satire "Spitting Image" ended, a new puppet show hit the airwaves in Britain this week poking fun at politicians at the height of the election campaign.

"Newzoids", a weekly half-hour sketch show on the ITV channel, ridicules everyone from the royal family to tennis star Andy Murray but the first episode centred on politics.

In a joke about his upper-class background, Prime Minister David Cameron was shown being carried on a sedan chair to a drive-thru burger joint and ordering champagne.

Opposition Labour leader Ed Miliband, hoping to replace Cameron after the May 7 election, was depicted starring in a reality TV show called "I'm A Catastrophe, Get Me Out Of Here".

The show got mixed reviews from critics — The Guardian newspaper said it "isn't perfect" but "might be worth sticking with", while The Independent said it had been "a forgettable start".

It used latex puppets to mock everyone from prime minister Margaret Thatcher and US president Ronald Reagan to Queen Elizabeth II and inspired a string of similar series around the world.

Some of the team who worked on "Spitting Image" are also working on "Newzoids".