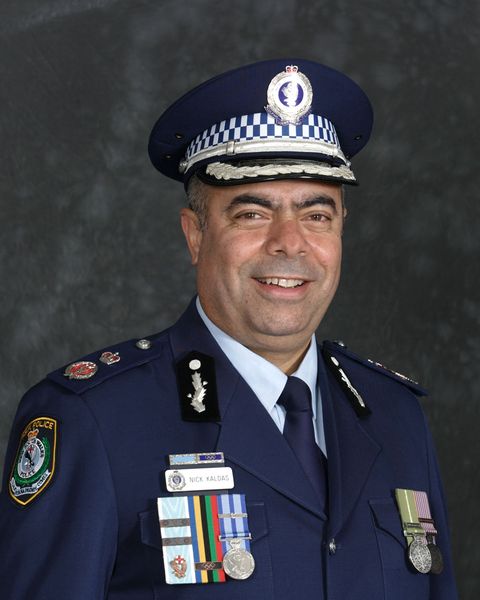 While serving as deputy commissioner, he headed both the homicide squad gangs and the counter-terrorism unit, said The Sydney Morning Herald.

Kaldas has led a considerable number of critical overseas investigations, including involvement in international criminal conspiracies.

He was selected along with two other experts to examine the response of the New Zealand Police regarding the horrific mass shootings that took place at al Noor Mosque and Linwood Islamic Centre in Christchurch, leaving at least 50 Muslims dead and dozens injured, the Australian website reported.

The review led by Kaldas focused on tactical issues, evaluating whether the New Zealand forces that dealt with the mass shooter were fully armed, alongside evaluations of procedures that were supposed to have been taken immediately after the terrorist attack, according to The Australian.

In 2004, he traveled to Iraq, where he played a vital role in reenacting the Iraqi police force for the Coalition Provision Authority, The Sydney Morning Herald previously reported.

Remarkably, he headed the investigation held by the UN Special Tribunal for Lebanon in the historical case of the assassination of the late Lebanon Rafic Hariri in 2005.

He was also appointed chief investigator in the UN’s investigation into the use of chemical weapons  by Bashar al-Assad’s government during the Syrian war, The Australian reported.

Kaldas participated in major criminal investigations carried out in New South wales, including the murders of Cabramatta MP John Newman and Samantha Knight, according to the SMH.

“Both my family and I have talked about this for a while, and we felt for a bunch of reasons at home that this was the right time for me to make this decision, and I’ve done so,” Kaldas previously told The Sydney Morning Herald news website, commenting on his retirement from the force in 2016.

According to an interview conducted earlier with Kaldas by SMH, he does not see himself as an extraordinary person. He stressed that he has simply fulfilled the requirements of his job, and he believes that anyone in his shoes would do the same things.