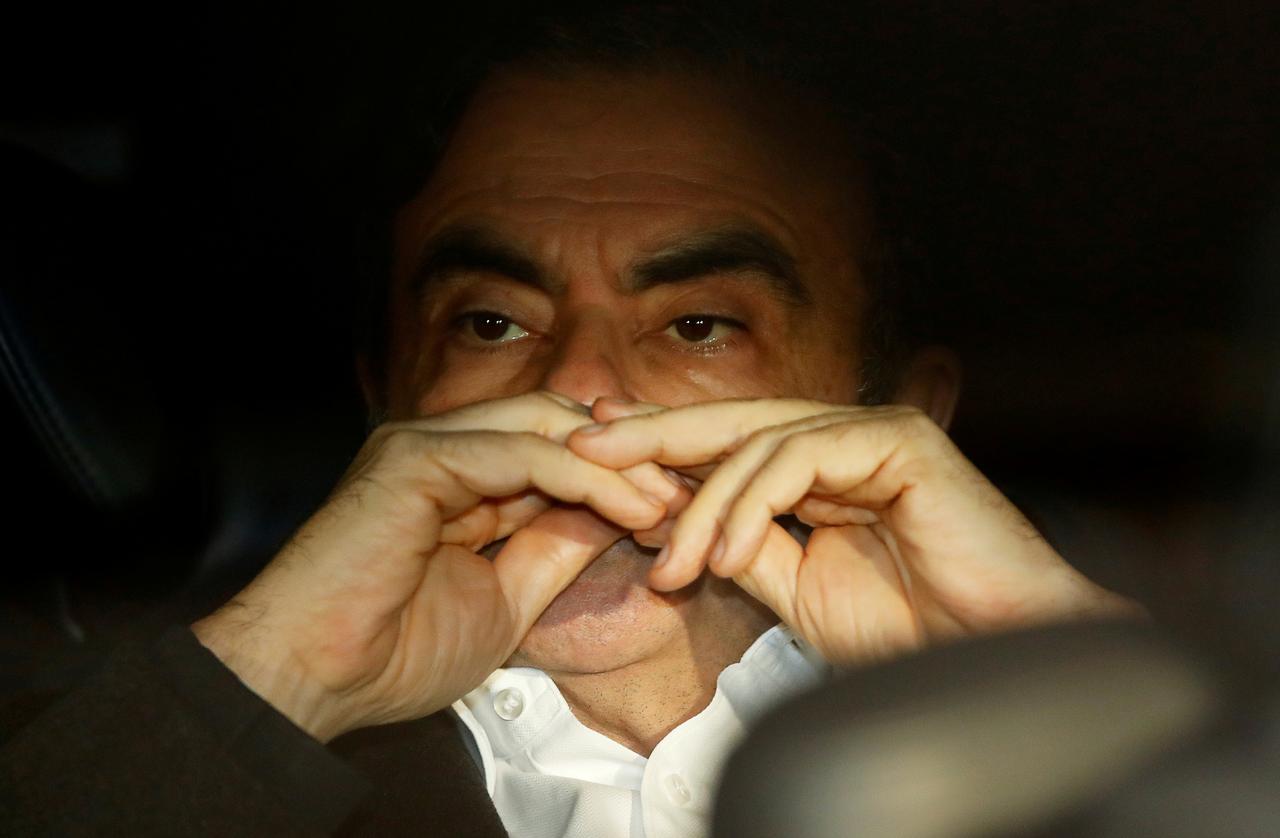 YOKOHAMA, Japan (Reuters) – An external committee tasked with recommending ways to improve governance at Nissan Motor Co said on Wednesday there were sufficient facts to suspect violations of laws and the private use of company funds by ousted chairman Carlos Ghosn.

Following a three-month audit of Nissan’s governance after a scandal that shook the global auto industry, the committee put the blame squarely on what it called Ghosn’s concentration of power.

The group issued 38 recommendations to bolster Nissan’s governance, which also included that the majority of directors, including the chairman of the board, be independent, outside directors and that the role of company chairman be abolished.

The recommendations from the external, seven-member committee come weeks after Nissan and Renault said they would retool their alliance, one of the world’s biggest automakers, to break up the all-powerful chairmanship previously held by Ghosn.

“There are facts sufficient to suspect violations of laws and regulations, violation of internal rules and private use of company funds and expenses… by Mr. Ghosn,” the committee said in its report.

It also singled out Nissan director Greg Kelly, who too has been indicted, for his alleged role in helping Ghosn avoid oversight.

“It is clear that there are issues requiring improvement with respect to Nissan’s governance as it could not prevent the misconduct.”

Ghosn, who this month was released on $9 million bail after spending more than 100 days in a Tokyo detention center, has called the charges against him “meritless”. Kelly has also denied the charges.

“We expect Nissan will take these recommendations seriously and execute them in a swift manner to build the best possible governance structure,” committee co-chair Seiichiro Nishioka told a briefing in Yokohama.

Nishioka also told the briefing that the capital structure between Nissan and Renault was a matter for the companies, and it was not appropriate for the committee to get involved.

The Financial Times reported on Wednesday that Renault intends to restart merger talks with Nissan within 12 months, after which it will set sight on a bid to buy Fiat Chrysler Automobiles.

The plans signal a return to the strategies supported by Ghosn, who held talks about merging Renault with Fiat Chrysler two to three years ago, the Financial Times, which cited sources familiar with the matter, adding the French government had opposed the move.

Nissan has said that too much power had been concentrated on Ghosn, one of the most feted executives in the global auto industry who orchestrated Nissan’s financial recovery in the early 2000s and created the blueprint for the automaking alliance between Nissan and Renault.

At the time of his arrest in Tokyo in November on financial misconduct allegations, Ghosn held the chairmanship at Nissan, Renault and Mitsubishi Motors Corp, which together form one of the world’s biggest automakers selling roughly 10 million vehicles each year, while also serving as Renault CEO.

Nissan’s board currently comprises nine directors including the chairman, three of whom are categorized as outside, independent directors. Two directors, including one outside director, formerly served senior vice president roles at Renault.

At the briefing, the committee declined to comment on whether other individual directors – including current Nissan head Hiroto Saikawa – should be held for responsible for failing to prevent the alleged actions by Ghosn.

In a statement, Nissan said that its board of directors would review the committee’s proposals “with the greatest attention as soon as possible”. It has said it will put forward proposals to change the company’s governance at its general shareholders meeting in June.

Before that, it will hold an extraordinary shareholders meeting next month to vote on the ouster of Ghosn and Kelly, who has been charged alongside Ghosn for understating Ghosn’s salary, as company directors.