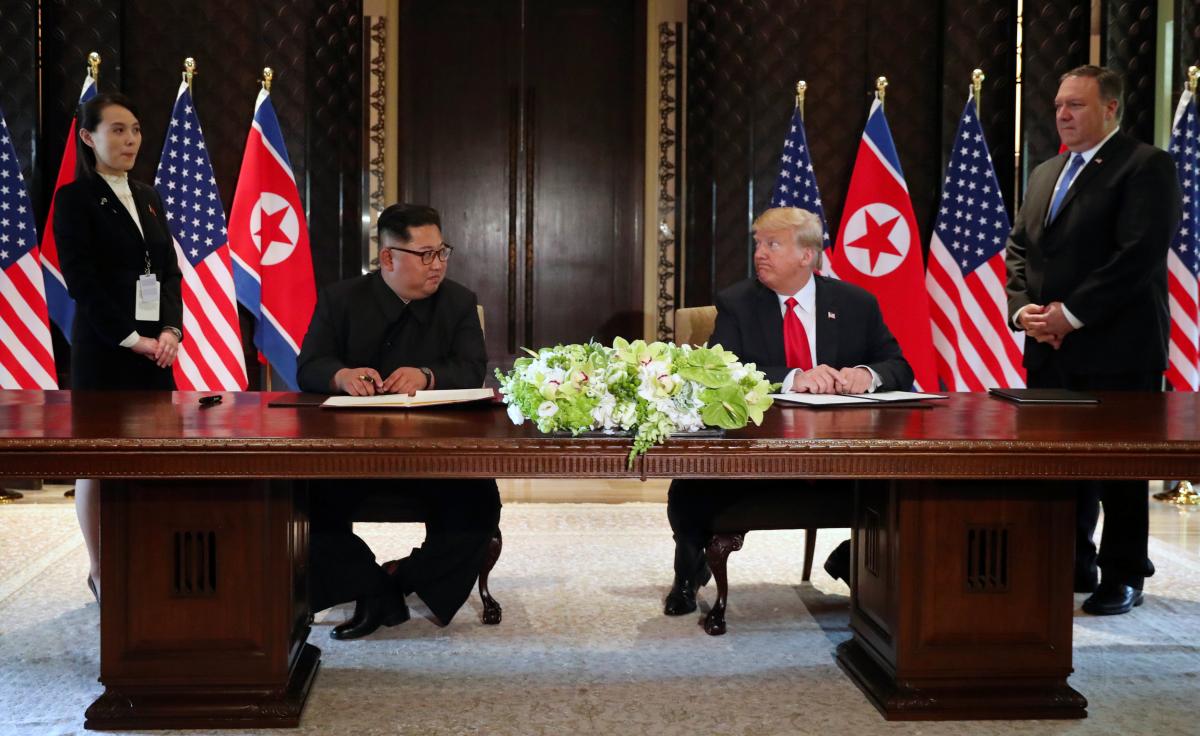 WASHINGTON (Reuters) – North Korea’s lead negotiator in nuclear diplomacy with the United States is expected to hold talks with Secretary of State Mike Pompeo and could also meet President Donald Trump on Friday during a visit aimed at clearing the way for a second US-North Korea summit.

Kim Yong Chol arrived in Washington on Thursday evening for his first visit since he came last June ahead of a landmark meeting between Trump and North Korean leader Kim Jong Un in Singapore. Efforts made since then to get Pyongyang to denuclearize appear to have stalled.

Hours before Kim Yong Chol’s arrival, Trump – who declared the day after the June 12 Singapore summit that the nuclear threat posed by North Korea was over – unveiled a revamped US missile defense strategy that singled out the country as an ongoing and “extraordinary threat.”

Kim Yong Chol, a hardline former spy chief, was due to meet Pompeo on Friday, when he could also go to see Trump at the White House, a person familiar with the matter said.

The visit is a sign of potential movement in a diplomatic process that has struggled for months and, according to the source, could yield an announcement of plans for another summit.

However, there has been no indication of any narrowing of differences over US demands that North Korea abandon a nuclear weapons program that threatens the United States or over Pyongyang’s demand for a lifting of punishing sanctions.

Pompeo had planned to meet Kim Yong Chol to discuss a second summit last November, but the meeting was postponed at the last moment. Kim Jong Un said in a New Year speech he was willing to meet Trump “at any time.”

On his last visit to Washington, Kim Yong Chol delivered a letter from Kim Jong Un to Trump that opened the way for the summit in Singapore.

That meeting yielded a vague pledge from the North Korean leader to work towards denuclearization of the Korean peninsula, which led Trump to declare that there was “no longer a nuclear threat from North Korea.”

Despite the lack of tangible progress since, Trump has been keen to hold another summit.

CNN quoted a source familiar with the US-North Korea talks as saying that Kim Yong Chol would be carrying a new letter for Trump.

US-based analysts said that the North Koreans would likely be seeking a clearer message from the Trump administration on any concessions it may be willing to make.

“The North Koreans need a real indication of what the US is willing to put on the table,” said Jenny Town, a North Korea expert at 38 North, a Washington-based think tank.

South Korean Foreign Minister Kang Kyung-wha said on Wednesday that if North Korea took concrete steps toward abandoning its weapons programs, Washington could offer a formal end to the 1950-53 Korean War, humanitarian aid or a permanent channel for bilateral dialogue.

Victor Cha, a former White House adviser on Asia under President George W. Bush, suggested that Trump may be so desperate for a policy “win” that he could be vulnerable to a bad deal with North Korea.

“I worry that the timing works to North Korea’s benefit,” Cha said, citing pressures on Trump such as the partial US government shutdown and the ongoing investigation into alleged Russian ties to Trump’s 2016 presidential campaign.

Earlier this month, Trump defended the stuttering progress on North Korea by saying that Pyongyang had stopped missile and bomb testing and if it had not been for his administration “you’d be having a nice big fat war in Asia.”

Communist-ruled Vietnam, which has good relations with both the United States and North Korea, has been widely touted as the most likely venue for a second Trump-Kim summit.

North Korea a 'prison', no sign of better rights: UN