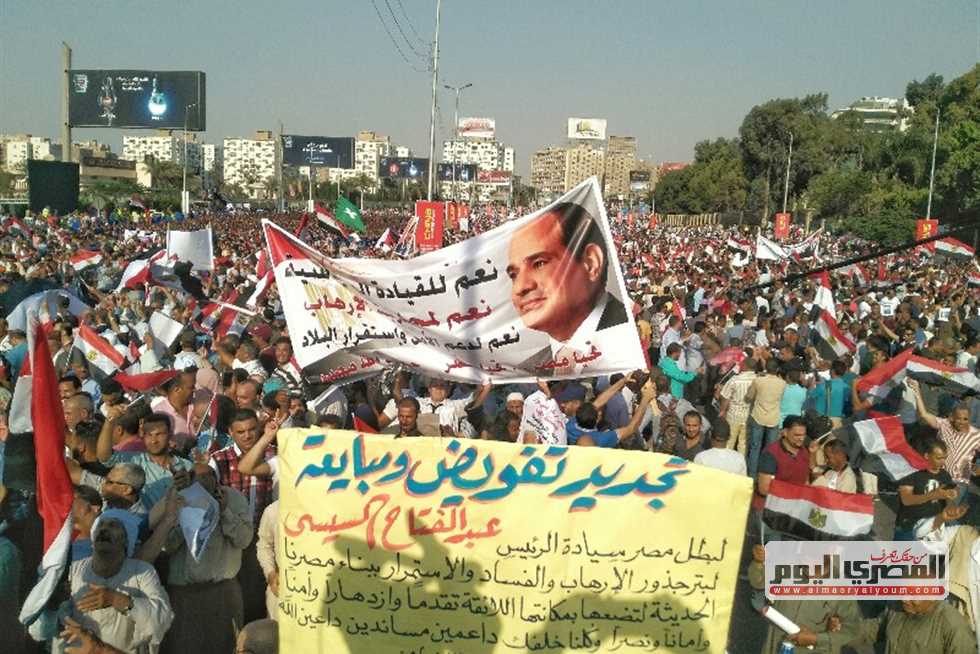 It still dominates large sectors inside and outside the country: a fear and perhaps panic about the issue of demonstrations. These feelings confirm that we have not yet been able to co-exist with demonstrations or consider them to be a normal occurrence that impact all societies.

Jordan witnessed for months the famous Fourth Circle sit-ins protesting high prices and the lifting of subsidies on some goods. Those protests did not bring down the regime.

The Jordanian state dealt with the sit-ins in a way that caused them to seem normal, without resorting to hysteria about conspiracies and treason.

In one of my visits to Morocco last year, I saw a demonstration in front of the parliament in which tens of thousands took part in Hirak al-Rif (The Rif Movement). They chanted slogans that criticized the king–an uncommon event in the Moroccan political system.

However, the authorities deliberately sanctioned the protest, because they had a more important message: Yes, I will tolerate demonstrations, even if some of their slogans exaggerate.

In fact, there are many examples of dealing with demonstrations as such in Arab (not European) countries. There are “good” paths for expressing feelings of anger, rejection or unrest. These paths are distinct from incitement, vandalism and demolition.

In other words, there is someone inside these regimes who considers engaging opponents a necessity and moves them towards reformist, rather than revolutionary, goals.

There are those who say that Egypt is targeted and that there is incitement against it from outside its borders. This is partly true, because inflammatory speeches have indeed been made outside the country’s borders.

But it is also certain that there is a natural, internal source inside the oldest democracies rejecting some or many of its policies and wanting to protest and perhaps demonstrate. So shall we push that source toward other instigators on the same side?

People have the right to object to demonstrations in a country that suffers from many economic problems and needs to consolidate values of work and production. However, those same people must have the integrity to reject the demonstrations of supporters and opponents, and not sanction some and ban others.

We should not panic because of a demonstration. Nor should we treat every demonstration as part of a conspiracy. The day must come when we distinguish between the mass of people, which includes supporters and opponents, that refuses to demonstrate and a minority that may see a solution in protest.

If we open the door for people to express what is inside of them, the vast majority of them will not go for extremist options and inflammatory messages from across borders, because they will find a place for themselves in the political system–a much different scenario than abounding calls for sabotage and instigation, which have no place anywhere.

Thousands of Egyptians gather to show support for President Sisi

The 'unprofessional' coverage of Al Jazeera is driven by hatred: Egypt's FM