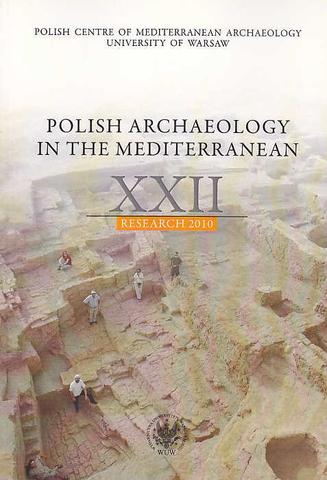 A church dating back to the fourth century has been unearthed near Alexandria by polish archeologists who claim that it might be oldest church discovered in Egypt, The First News reported .

The discovery is based on research conducted by a team from the University of Warsaw’s Center of Mediterranean Archaeology since 2000, alongside intensive fieldwork.

The mission’s discoveries in Alexandria also include a burial chapel and the largest collection of ceramics excavated in Egypt yet, according to The First News.

The polish team had been excavating a Basilica, which they believed had operated from the fifth century well until the eighth century, when they uncovered the ancient church buried beneath it.

“At the end of the last research season, under the floor of the basilica, we encountered a wall’s remains, which turned out to be the outer walls of an even older church,” Krzysztof Babraj, who headed research work on the basilica told The First News.

Babraj explained that there are no other church remains have been found in the area so far, making this a significant discovery.

Thousands of fragments of the old church have been excavated underneath the discovered Basilica. The church had been devastated by an earthquake, leaving behind nothing but scattered glass, ceramic and limestone wall ruins, according to The First News.

Babraj said that they will resume their research, with the discovery of this church as a just the beginning.

Boat described by Herodotus 2,500 years ago found in Alexandria