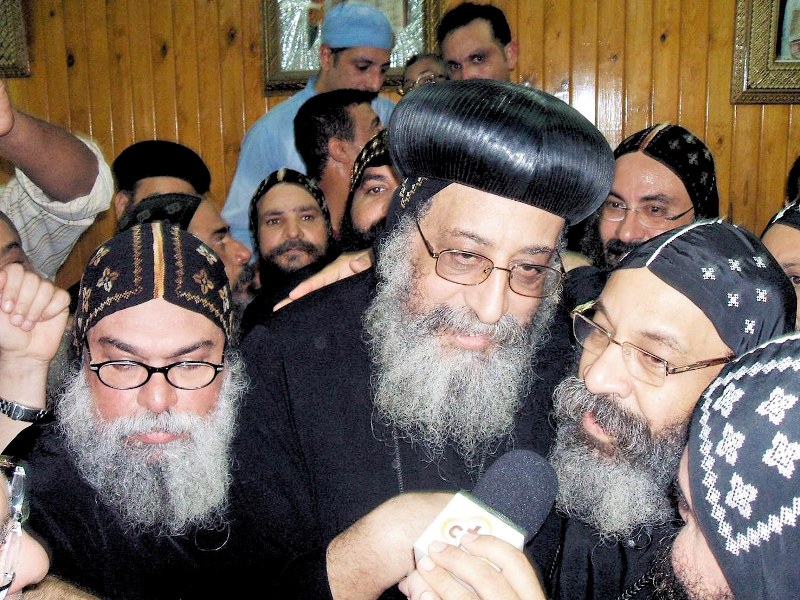 , has approved Article 2 of the draft constitution on the role of Islamic Sharia in the state.

Article 2 of the 1971 Constitution stipulates that the “principles of Sharia are the main source of legislation.” It has been the subject of heated debate over the past weeks, with Salafis wanting the word “principles” omitted to ensure a more thorough application of Islamic law, while civilian powers and the Muslim Brotherhood wish to keep the phrase as is.

Mohamed Abdel Qoddous, rapporteur of the Journalists Syndicate’s committee on fundamental freedoms, said there are three problems the pope is facing: the equal right of Copts and Muslims to hold public office, the freedom to build churches, and prevention of sectarian strife.

In his meeting with the governor of Beheira, Tawadros rejected quotas for Copts in the executive or legislative branches, arguing that this would be a kind of discrimination in a country governed by the principle of citizenship.

He said the late Pope Shenouda III was forced to play a political role due to the marginalization of Copts for 50 years, which made them resort to the church rather than state bodies. “I think this has changed after the 25 January revolution and they can now go to the Cabinet or Parliament,” he said.

He added that the constitution would be short-lived if it is not based on the principle of citizenship.

He threatened that the church would withdraw from the Constituent Assembly if it is controlled by extremists, and said the church is coordinating with Al-Azhar in this regard.