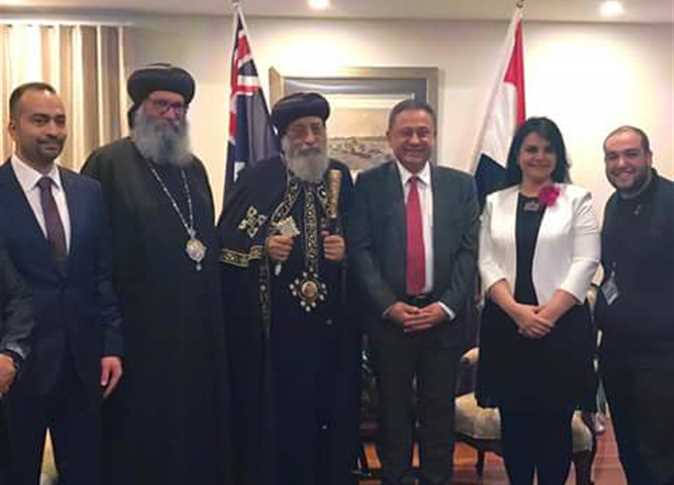 Tawadros visited the site for the expansion project of St. Mark Coptic Orthodox Church in Canberra, which will include the construction of a service building in the name of St. Archdeacon Habib Girgis.

Tawadros laid foundation stone for the new building, marking the beginning of the construction process.

The Egyptian Embassy in Australia held a luncheon in honor of the Pope and the accompanying church delegation, attended by Australian MPs.

Tawadros held a press conference at the Parliament, attended by Egyptian Ambassador to Australia Mohamed Khairat and Bishop Suriel, Bishop of Melbourne.

Church sources confirmed that Tawadros will return to Milan after the end of his visit to Australia.