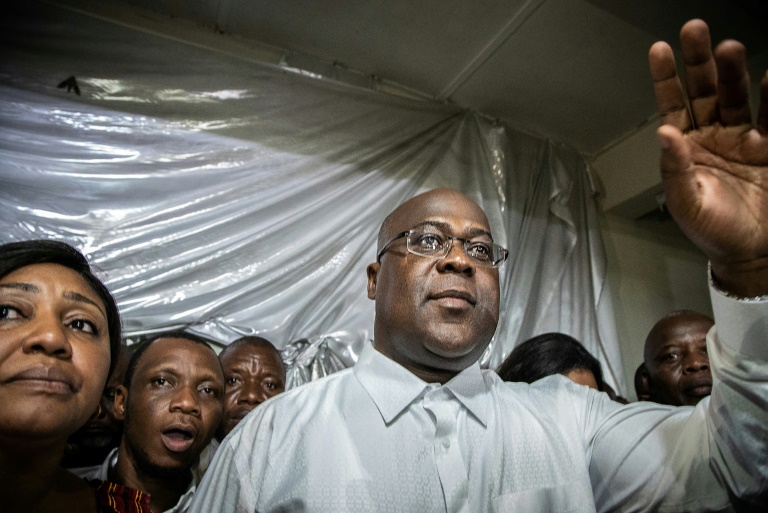 The swearing-in of the newly-elected president of DR Congo, Felix Tshisekedi, may be postponed by two days until Thursday, a source in his coalition said Monday.

“According to information I was given this morning, the (ceremony) has been put off until Thursday,” Lydie Omanga, spokesman for the opposition coalition which backed Tshisekedi in the race to succeed outgoing President Joseph Kabila, told AFP.

“If the ceremony does not take place tomorrow, it will be on January 24, without doubt,” he added.

Sources close to the president-elect said Monday that aspects of the ceremony remained to be decided. Invitations notably have to be sent to foreign heads of state and government, they said.

The timetable of the national electoral commission, which oversaw the long-delayed elections across the vast country, provided for the new head of state to be sworn in on Tuesday, January 22.

Tshisekedi’s announced victory was legally challenged by runner-up Martin Fayulu, who called the outcome “an electoral coup” — an alleged stitchup between Kabila and Tshisekedi.

Leaked figures from the provisional vote count appear to point heavily in his favor.

But the Constitutional Court on Sunday dismissed his appeal.

Kabila came to power in 2001 while war raged in the vast and mineral-rich country.

He extended his term by two years from 2016, unleashing protests that the security forces bloodily repressed.

Tshisekedi, 55, is the son of the late veteran opposition leader Etienne Tshisekedi, who died in February 2017, aged 84.

African countries that had expressed reservations about the provisional results of the election have begun to acknowledge Tshisekedi as the next president.

And the African Union, which previously said it had “serious doubts” about the figures, said Sunday it had “taken note” of the court’s ruling.

It also said it was postponing sending a high-level delegation to Kinshasa on Monday to try to ease the dispute.

But the influential Roman Catholic Church, which says it deployed 40,000 observers to monitor the poll, has dismissed the official outcome.

The election would mark the first peaceful transfer of power from one president to another in Democratic Republic of Congo since independence from Belgium in 1960.