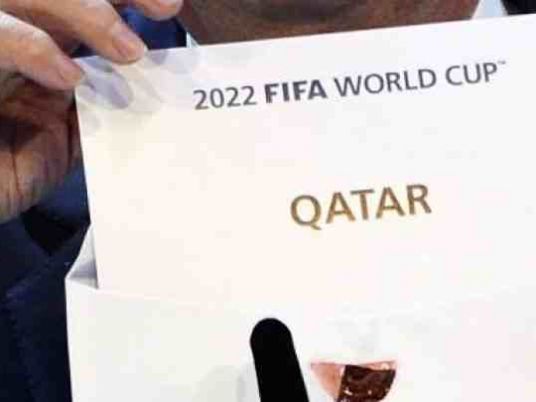 The pressure on the International Football Federation (FIFA) to make a decision about the future of the 2022 World Cup, due to be held in Qatar, has been mounting in the past few hours in the wake of the small emirate being placed in a state of diplomatic isolation by its neighbors in the Gulf peninsula and the Middle East.

The prospect of Qatar hosting the 2022 World Cup has been plunged into serious doubt after the country’s neighbors broke off diplomatic relations and blockaded its borders, The Guardian reported on Monday.

Egypt, Saudi Arabia, the UAE, Bahrain, Libya and Yemen announced yesterday that they are severing their relations with Qatar, withdrawing their ambassadors and closing their airspace and sea ports to any Qatari transports.

Saudi Arabia, the United Arab Emirates and Bahrain have closed the only land route into the tiny peninsula and refused to allow use of their sea ports or airspace.

The multibillion-dollar preparations to host the 2022 tournament, which involve building nine stadiums and huge infrastructure, is put into perspective by local reports that Qataris are so worried about the blockade that they are storming the supermarkets and leaving shelves empty of food. The border with Saudi Arabia is the only road route into the country; Qatar relies on sea ports for various supplies and the airspace blockade is a huge logistical handicap for the country and its flagship airline, Qatar Airways.

The “supreme committee” responsible for building the 2022 World Cup facilities did not issue a public statement but a source acknowledged that the seriousness of the crisis is greater than any formidable challenges Qatar has faced since winning the vote in 2010 from FIFA’s now discredited executive committee, The Guardian said.

A series of investigations has been held into strongly-denied corruption allegations and there has been worldwide criticism of the country’s treatment of its migrant construction workers.

The German FA (DFB) president, Reinhard Grindel, said he would discuss it with the German government and the European Football Federation (UEFA). Grindel promised to look for a “political solution” but said: “The football community worldwide should agree that … major tournaments should not be played in countries that actively support terror.”

Qatar in talks with Turkey and Iran to provide food, water: official

FIFA, now sponsored by Qatar Airways, declined to comment except to say: “FIFA is in regular contact with the Qatar 2022 local organizing committee and the supreme committee for delivery and legacy handling matters relating to the 2022 FIFA World Cup.”

FIFA faces another problem represented in its sponsorship contract with Qatar Airways, which is currently facing a logistical nightmare with the closure of the air space of several influential countries. UEFA has revealed that it is studying the crisis and will follow up with FIFA. The world sports website ESPN said the World Cup would be at stake if Qatar’s relations with its neighbors did not improve.

This crisis will affect Qatar’s preparations for the World Cup and Qatari sport is in danger, as the period before the World Cup is set to host a lot of important sporting events.

The Sun newspaper said Qatar faces a fierce battle and the World Cup, which it “seized”, may lose the honor of its organization, in light of the possibility of strong intervention from the United States.